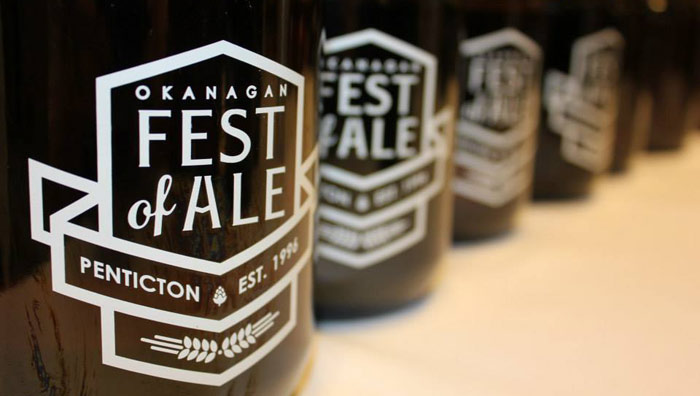 So in our 26th season, What’s Brewing is steadfast in getting to all the events around. Every year now the scene will be bigger, bolder, wiser in beer. It is worldwide now; craft is King and Queen. At Events this year you’ve seen me in the whatsbrewing.ca shirt at festivals around the province, spreading the beer word to all who wish to get in on the movement.

The annual event in the old Bay Building now a hip market place. Their team of volunteers; was so well put together as a non-profit beer team. Two Cask nights; There was a loud festival din; stand close to talk; in that old Bay building; beer loud; fun; and the newest generation in the movement,  young ; takin’ beer  on to the next level.  What’s Brewing covered both cask nights and the Texas BBQ at the Duke.  Hippity dancing boot country hot with live performers: what can be described as a jumpin’ event.   Food was grand BBQ-themed and extremely well done. All the taps full of craft for the night. What’s Brewing salutes the well-trained team; and all the breweries that came to Victoria for this annual event. Many other events were going on around the city; associated within these dates. Have a quick look at their website.

A smaller venue, sold out every year.  It’s great beer talk and leadership from the beer folks up there; every year a stronger voice throughout the Alberni Valley. The local aficionados look for the craft breweries out in the valley;  the demand for craft beer is growing annually.  Prior to the public portion an hour is industry schmooze time with reps.  Thanks team volunteers pitching in for the local Arrowsmith Rotary.   Good talk in real ale; great local foods included. The locals have great old time drinking the finest craft beers around.  All ends happy all round every year.  What’s Brewing salutes the effort.

Whats Brewing has been to all; I have been to all. This year loads of craft beers; good sounds on the stage, great Pipers smokies all night long, lovely German Pretzels; so on ; a mix of all types of folks looking to participate on the new beer wave. As always the Kinsmen Crew up there are a great bunch.What’s Brewing is in respect of their volunteering and joining in the beer scene. Patrons were revved up for this annual event and it’s a success every year.  Grand job as always lads and lassies.  Cheers

Let’s say excellent across the board.  Food choices outside – food trucks in the sun, 5 % of brewer booths outside and 95% inside.  Food trucks extremely good with the best samosas ever eaten anywhere.  That was grand.  The variety is superb. The event went strong; 2 days partying around town after closing; including a brewers welcome bash at the local brewery, The Cannery, pioneers in the movement.   Festival Music over the 2 days was extremely good crossing through  swing,  rocky, bluesy,  happening countryish;  various good groups.  Beer selection huge from smallest to biggest, and everything in between. What’s Brewing also covered this event 15 years back.  The Festival of today’s generation is above and beyond on good beers.Great fun.  We were again in evidence with the whatsbrewing.ca shirt

The What’s Brewing editor has got this ship running well. It’s excellent to see all the contributors and other movement related stories.  Pip pip; see you around;  look for the yellow shirt.

I don’t list every brewery now, as you all get the picture.  It’s a huge scene.