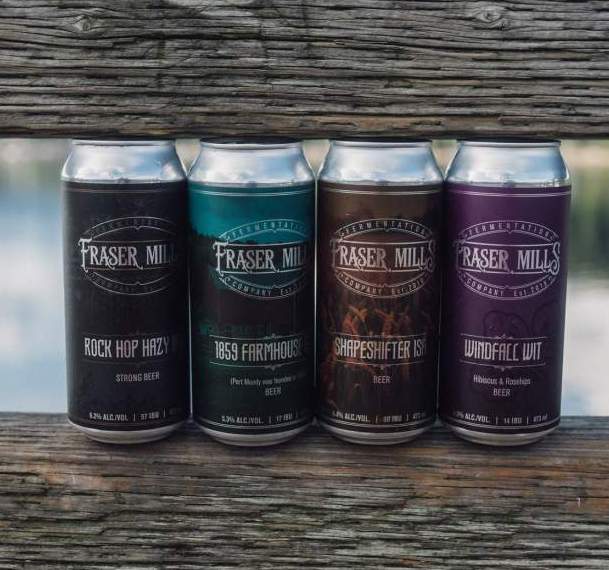 As I’m sure you are acutely aware, Tuesday, May 19 marked the beginning of stage two of BC’s Restart Plan. One of the components of this stage of the reopening is that restaurants, cafes, and pubs (including brewery tap rooms and brewpubs) will be allowed to reopen their doors.

Things will be a little different from how you remember though, as establishments must adhere to a number of regulations put in place by the Provincial Health Officer and Worksafe BC. These include limiting seating to 50%, no more than 6 people at a table, 2 metres between patrons not in the same party, no special events with more than 50 people, and it is being suggested to keep contact information from one member of each party for 30 days for tracing purposes. Employers are also required to post a COVID-19 Safety Plan in their premises that outlines the policies, guidelines, and procedures they have put in place to reduce the risk of transmission.

It’s probably going to be a little weird ordering a beer through a piece of plexiglass, especially as my hearing is already half gone, but I’ll take it! I already saw people drinking on picnic tables outside Spinnakers and Moon Under Water over the long weekend, and I saw on the news that The Drake will be opening again this weekend.

Last year I spent my birthday in Brussels and I was convinced that I’d be spending this one sitting in my PJs while drinking beer and playing Animal Crossing. It’s not quite the same as going to Cantillon and 3 Fonteinen, but after this drought, I’d be pretty happy to have a drink at The Drake this year.

You may know of Fraser Mills Fermentation as a home brew supply shop, but as of this week, they are officially Port Moody’s sixth brewery, and the first not located on “Brewer’s Row.” Conveniently situated a couple of blocks from the Skytrain station at 3044 St Johns Street, the brewery is owned by eight partners, and brewing operations are run by brewmaster Kristy Tattrie.

Their original plan was to open with a 140-person capacity tasting room, pouring 40 different taps, but obviously COVID-19 put the dampeners on that. They started filling the odd (new) growler for loyal patrons a couple of weeks ago and now have their first four beers in cans: Rock Hop Hazy IPA, 1859 Farmhouse Ale, Shapeshifter ISA, and Windfall Wit. You can see the full details on their Untappd profile.

I’m looking forward to checking this place out next time I’m in Port Moody. I have to confess, I don’t think I’ve ever been anywhere else in Port Moody expect the Skytrain station and Brewer’s Row!

Beers on the Beach

When we went to Belgium last year (yes I’m going to keep talking about that), I was confused when I went into a beer store and the lady behind the counter asked if we would like her to open the bottles of beer we had just purchased. In my surprise I just said, “no thank you” and went on my way. I came to regret this ten minutes later as I attempted to open a highly carbonated saison with a pair of keys in a City park surrounded by dozens of other people drinking in public. There were office workers drinking beer on their lunch, people walking their dog, taking their kids to school. No one was causing a disturbance and society was not collapsing because of it.

It’s often frustrated me that it isn’t legal here, because it really causes no harm to anyone. It seems I’m not alone in this, as Vancouver city Councillor Christine Boyle plans to present a motion on May 26 to make it legal for people to enjoy beer or a glass of wine on the beach. It’s extremely unlikely that the motion will pass, but at least the idea is gaining traction.

For obvious reasons, The Great American Beer Festival is not set to take place in Denver this year. Not all hope is lost though, as the organizers are planning a fully immersive online experience in place of the regular festival. The details are being ironed out, but the experience will likely include beer tastings, conversations with brewers, local brewery activation, at-home beer and food pairing deliveries, and of course their world-famous beer competition.

I wonder if Great Canadian Beer Festival will attempt this, or the Canadian Brewing Awards, which were set to take place in Victoria last weekend.