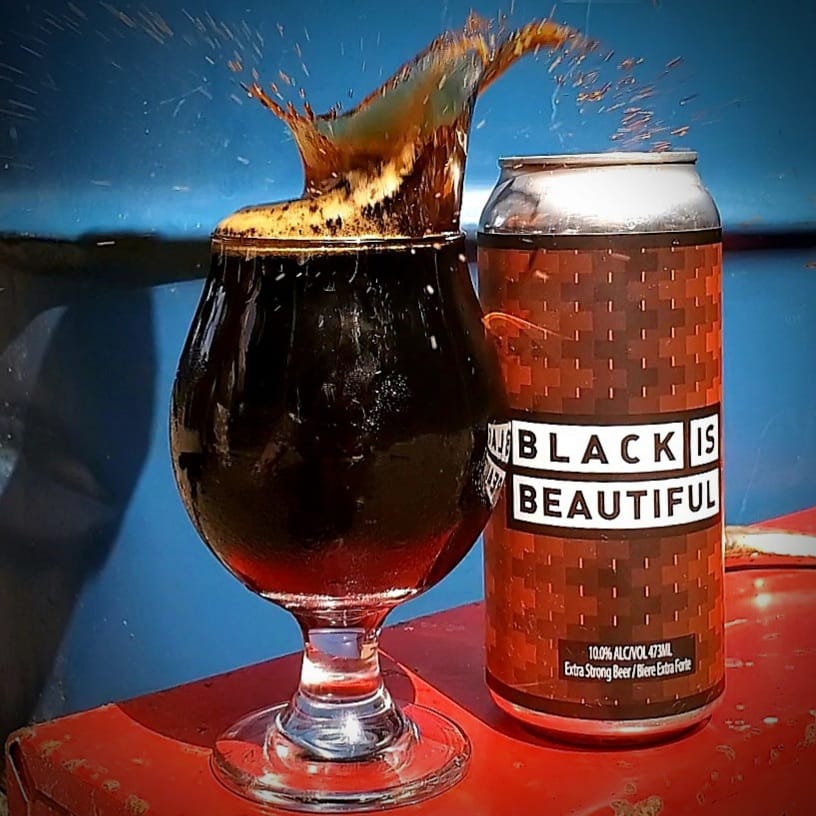 A group of North Island breweries has collaborated on a special imperial stout as part of the Black is Beautiful initiative.

Started by Weathered Souls Brewing in San Antonio, Texas, Black is Beautiful is a collaborative effort amongst the brewing community and its customers that attempts to bring awareness to the injustices people of color face daily and raise funds for police brutality reform and legal defense for those who have been wronged.

Brewed by Gladstone Brewing, Land & Sea Brewing, Ace Brewing, and New Tradition Brewing the beer is said to be full bodied ale with tastes of blueberry, fig, and chocolate.

It is available now at the respective tasting rooms and is also hitting the shelves of private liquor stores. Proceeds from the sale of the beer will go to the Unity Centre Association for Black Cultures in Vancouver and the BC Association of Aboriginal Fellowship Centres in Victoria.

Go out and grab a can to contribute to a great cause!

Langford’s V2V Black Hops Brewery, which moved into the space previously occupied by Axe & Barrel earlier this year has been featured in a CBC News story about the Canada Emergency Wage Subsidy (CEWS).

The brewery, which opened its doors right as the pandemic was shutting everything down was denied CEWS funding, despite being eligible. CEWS is supposed to provide a subsidy of up to 75% of employee wages for businesses that had a Canada Revenue Agency payroll account on March 15. V2V has an employee on the payroll since mid-February, but CRA didn’t register the employee’s payroll number until after April, so they denied the CEWS application.

At this time both the head brewer and CEO are both volunteering their time.

That’s terrible to hear and I’m sure they are not the only ones in this situation.

Booze Worth Breaking the Law For?

In lighter news, a Tik Tok video is making the rounds of an underage teenager in Sault Ste. Marie who dressed as an old lady and wore a face mask in order to buy alcohol from two different LCBO locations. No one in either store asked her to remove her face mask to check ID! In one location they even asked if she collected Air Miles.

Meanwhile, elsewhere in Ontario, a family came home last week to find that someone had been in their home, then they found the thief sitting in their garage drinking a cold beer. The 34-year-old man is now in custody and standing trial for breaking and entering amongst other offenses. Oh man, I hope it was at least a good beer.

Oh Ontario, you are like the Florida of Canada!