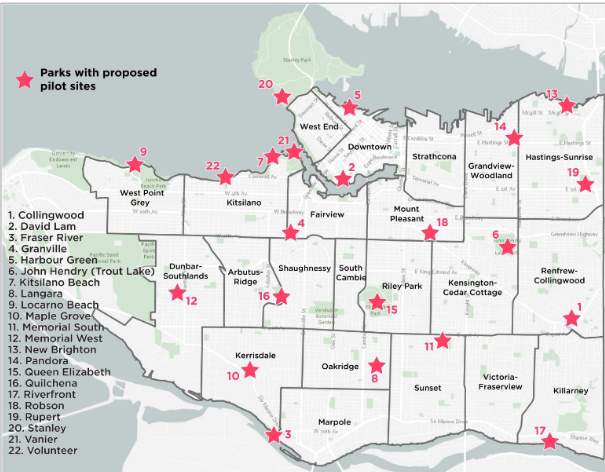 Continuing the ongoing chronicles of municipalities allowing people to enjoy alcohol in public, this week saw the Vancouver park board approve an expansion to their proposed pilot project—with commissioners voting in favour expanding the pilot from 10 to 22 parks around the city.

Don’t get too excited though, because the new bylaw will require an update to B.C.’s Liquor Control and Licensing Act, recognizing the park board as a governing body under a specific section of the act.

Like anything involving the provincial government, that could take a while. Apparently one park commissioner is estimating that we might be looking at the summer of 2021.

Wasn’t the whole idea behind this to help out restaurants and bars that are struggling right now? First they take away they to-go draught option, then they delay the public consumption programme until a year after it is needed. Don’t you just love bureaucracy?

The Canadian Craft Brewers Association has announced the launch of a Anti-Discrimination Committee, in “an effort to combat racism and discrimination in the craft brewing industry in Canada.”

According to Rick Dalmazzi, Executive Director of the CCBA, the Committee will “work with a variety of voices within the industry to promote diversity and inclusion.”

The three primary objectives will be to:

I have to say it’s great to see the industry working to eliminate discrimination, but I wish it wasn’t necessary. It sickens me to think that the stereotype of beer being dominated by straight cis-gendered white males is true, but recent controversies have made it hard to ignore. It’s just sad that it’s taken so long for the industry to take action.

Remember when COVID-19 first hit and people were scared that we were running out of glass bottles, then it didn’t really seem to change anything? Well, the latest scare is that we are running out of aluminium cans.  Apparently there has been a large increase in demand for cans, with one reason being cited as a reduction in demand for kegged beer and more people drinking at home.

We’ve been seeing a big shift in craft beer to cans over the last couple of years and many commercial beers and sodas also use them, so this story might hold water (haha). If there is a supply chain shortage, you can bet big companies are getting first dibs before small craft breweries.

Researchers have released the results of a study to gauge reactions to different compounds in beer. During the study they asked 61 beer consumers between the ages of 18 to 51 to taste six different beers and rate their experience with an Emoji (I’m not making this up, I swear).

The results showed that people did not enjoy beers that were bitter and preferred those that were sweet. Spontaneous fermentation beers from raspberries and cherries were most liked.

Damn it science, this is how we end up with a beer market saturated with nothing but fruit beers, dessert stouts, and hazy IPAs!

Remember that line in Jurassic Park where Dr. Ian Malcolm says, “Yeah, but your scientists were so preoccupied with whether or not they could, they didn’t stop to think if they should.”? Well, it’s pretty pertinent to today’s piece of stupid news.

Like the heading says, Oskar Blues Brewery is releasing a French’s mustard beer to celebrate National Mustard Day, which is apparently a thing now! It’s described as being a semi-tart tropical wheat beer with notes of citrus fruit to complement French’s classic yellow mustard.

This is why we can’t have nice things!