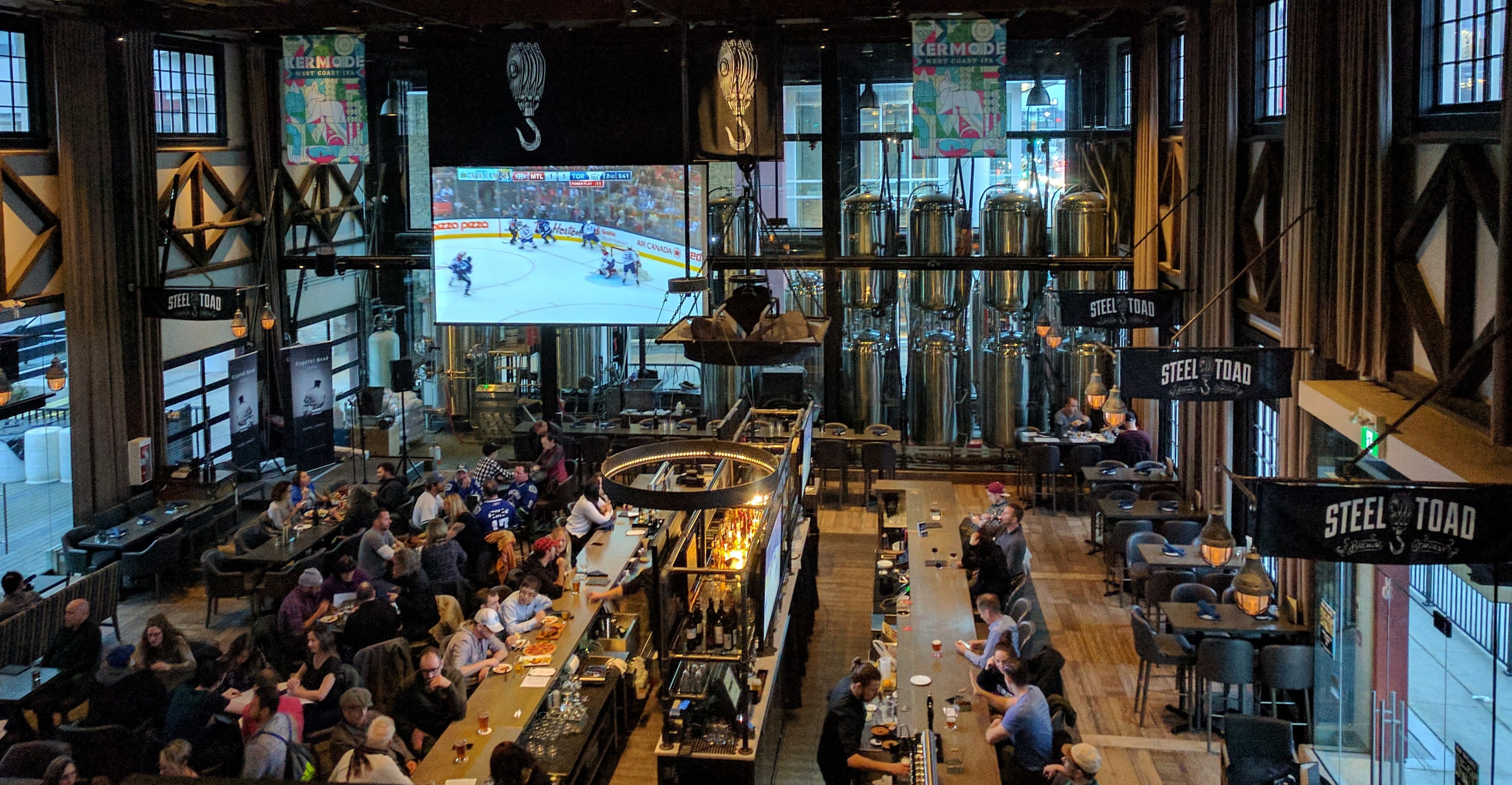 VANCOUVER, BC, MAY 23, 2018 – Tap & Barrel Restaurants has announced that its new concept, opening in the former Steel Toad Brewery space, will be called BREWHALL – the first and only place of its kind in Vancouver incorporating a brewery and a large-scale beer hall. The name and concept of the new location has been highly-anticipated since the company announced possession of the heritage Opsal Steel Building located at 97 East 2nd Avenue earlier this year.

BREWHALL is “a collaborative craft brewery and food hall that brings the community together in one space and encourages our inner child to play and explore,” states Tap & Barrel Founder, Daniel Frankel. He adds, “it has been a dream to take our brewing collaborations to a whole new level, and to create a community hall where people can inspire and be inspired.” Whether it be for a meeting, celebration, or catch-up with friends, the space has something for everyone from its quiet section with outlets and USB plug-ins to its games area, the Beercade, with arcade favourites.

BREWHALL is a 10-tank brewery, where Head Brewer, Kerry Dyson, will focus on collaboration beers that push the boundaries on small-batch product innovation in BC’s burgeoning beer scene. Currently, the tanks hold a signature Pale Ale, IPA, and Saison along with a Rye Lager brewed in collaboration with Doan’s Craft Brewing Company. On May 23, 2018, BREWHALL is hosting a private pioneering event, where behind closed doors, eight Brewmasters from Vancouver’s Brewery Creek neighbourhood will create a unique collaboration for craft beer lovers, a White IPA. The following local breweries will be represented at this very special inaugural collaboration event: Faculty, Main St., Brassneck, 33 Acres, Red Truck, Electric Bicycle, R&B and of course, BREWHALL.

BREWHALL’s fast-casual menu will shine a spotlight on local ingredients and healthful options, sectioned into shareables, bowls, handhelds, pizzas, and desserts. The food menu, available for both eat-in and take-out, complements the beverage program that puts an emphasis on west coast craft beer. BREWHALL also offers a carefully curated selection of premium local wines on tap along with innovative cocktails, both on tap and handcrafted.

BREWHALL is set to open late June; however, the company is excited to launch its proprietary BREWHALL beer at its existing Tap & Barrel locations by early June.

Daniel Frankel opened the first Tap & Barrel in mid-July 2012 in Vancouver’s Olympic Village. Feeling that too many restaurants provide the same experience, Frankel wanted to curate a platform offering the best of local purveyors, where guests can always try something new. Tap & Barrel is heavily focused on a sustainable beverage program, exclusively serving local independent craft beer and premium BC wines exclusively on tap, along with a strong emphasis on artisanal food producers from around the province. Driven by passion, this Vancouver company has grown to six locations, which includes two TAPshack concepts, and its newest BREWHALL brewery and beer hall opening early summer. More information on BREWHALL can be found at www.brewhall.com