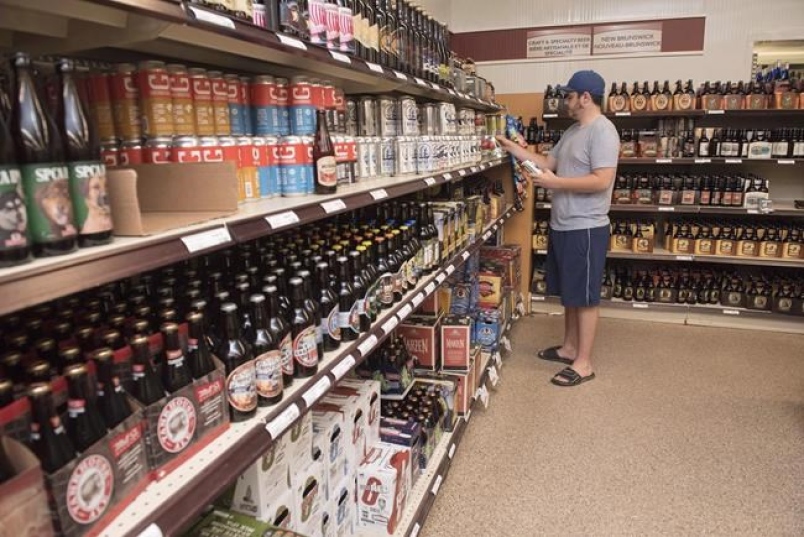 Customer Matt Oliver shops in the craft beer section of the NB Liquor store attached to the old Fredericton Railway Station in Fredericton, N.B., on Friday, June 16, 2017. A Supreme Court of Canada ruling that provinces have the right, with limits, to enact laws that restrict interprovincial commerce represents a “missed opportunity” to free up trade within Canada, industry observers say. THE CANADIAN PRESS/Stephen MacGillivray

CALGARY — A Supreme Court of Canada ruling on bringing beer from Quebec into New Brunswick has implications for the trade war between Alberta and B.C. over the Trans Mountain pipeline expansion, experts said Thursday.

The court seemed to be addressing the issue in its decision when it noted that while some trade barriers can be allowed in some circumstances, those designed to punish another province or to protect a local industry would not be permissible, they said.

The decision protects provincial liquor monopolies by finding that New Brunswick had the right to fine Gerard Comeau for buying alcohol in Quebec and transporting it over the border, said Howard Anglin, executive director of the Canadian Constitution Foundation.

But the part of its decision that talks about punitive trade barriers could likely be interpreted to apply to Alberta’s recent threat to restrict oil and fuel shipments to B.C. and its previous short-lived restriction on buying B.C. wine, he said, both designed to pressure B.C. into dropping its opposition to the pipeline.