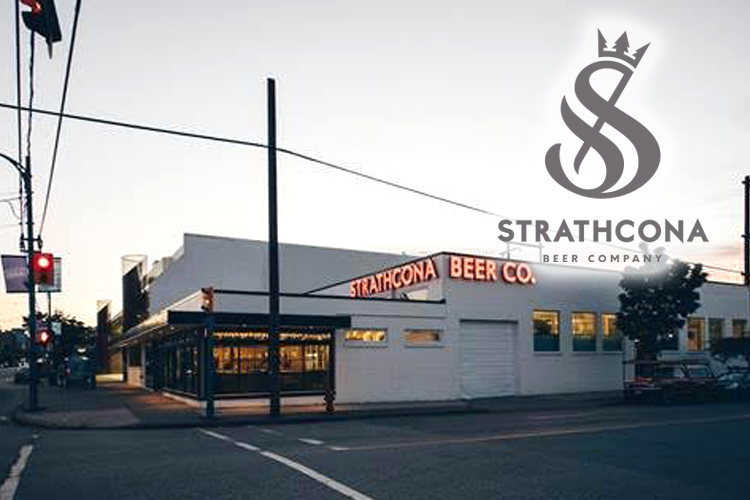 Vancouver, BC – Strathcona Beer Company will celebrate their one-year anniversary this November 17th and 18th with a special edition beer launch called Primo, a Double IPA, and a weekend long open house with brewery tours. In addition, they will release new branded clothing and feature an art installation in the tasting room from the infamous New York graffiti legend, KR.

Located on the corner of East Hastings and Campbell Street in the heart of Strathcona, Vancouver’s oldest residential neighborhood, this world class beer company and tasting room has quickly become a neighborhood favorite for both locals and visitors from outside the area. In their first year, they have experienced substantial growth with their lineup of classic, local and international beer styles, winning several awards, while constantly striving to push the boundaries of craft beer and design.

Strathcona Beer Company’s collective interests in art, music, skateboarding and design have influenced all aspects of the brand’s contribution to the craft beer scene. They are a community based brewery that is focused on supporting local, from charitable and non-profit groups to incorporating local ingredients into their product.

“We are proud to be located in the Strathcona neighbourhood working in collaboration with local artists like Andrew Dadson and Matt Aiken along with international creators such a Rob Cristofaro from Alife and Craig Costello from Krink.” says Strathcona Beer Company President, Tim Knight. “This has been a year of learning, improving and being humbled by the incredible growth we have experienced to date. We look forward to our second year in business and what we will be able to accomplish together as a team and community.”

Strathcona Beer Company’s Primo Double IPA is a limited release and will be available exclusively for tasting and purchase in the brewery’s tasting room (895 East Hastings St.) starting on Friday, November 17th.  An official anniversary party for customers will take place on that same date from 6pm to 11pm with music by special guest DJ Flipout.