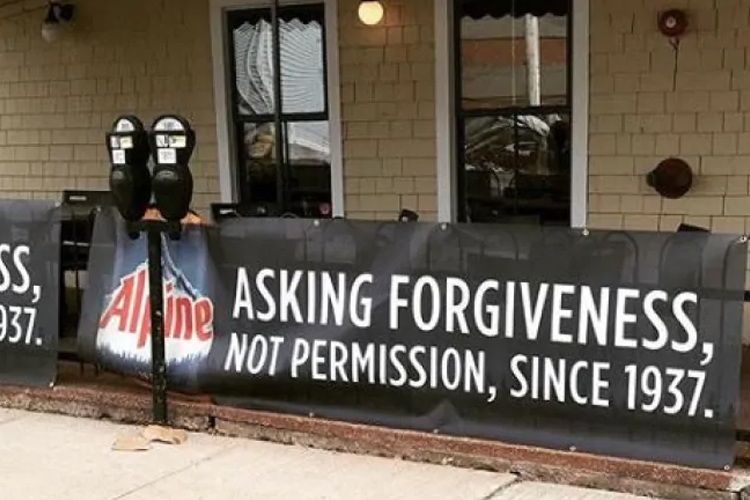 Photo: Moosehead Breweries says promotional material for its Alpine lager will no longer bear the slogan ‘asking forgiveness, not permission, since 1937,’ after a banner at a Charlottetown restaurant sparked a petition. (Submitted by Bryan Carver)

Brewery says it will no longer use the phrase ‘asking forgiveness, not permission, since 1937’

Moosehead Breweries says it will remove the slogan “asking forgiveness, not permission, since 1937” from its Alpine Lager after a petition which called the language “problematic.”

The petition started after a banner — with the Alpine logo and the phrase — was hung at Hunter’s Ale House in Charlottetown, and photos began circulating on social media.

According to a post on the company’s website, which has since been taken down, Alpine was first brewed in 1937 when P.W. Oland defied his father by brewing the lager without his permission.