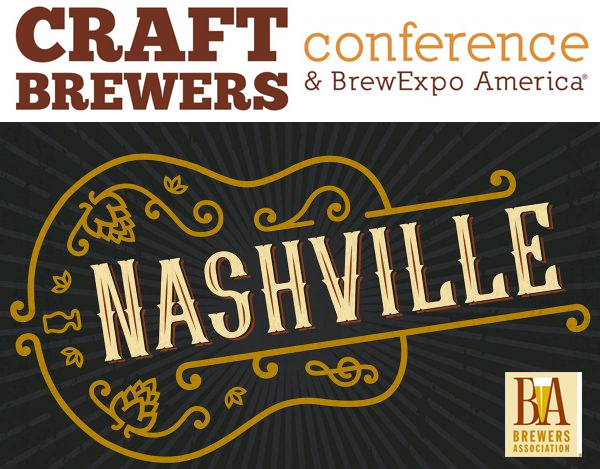 The 35th edition of the Craft Brewers Conference & BrewExpo America® (CBC) will be held in Music City—Nashville, TN from April 30 – May 3. CBC, presented annually by the Brewers Association, is the craft brewing industry’s leading event, and the only one that serves both brewpubs and packaging breweries.

BrewExpo America is the premier trade show for craft brewers, providing the opportunity to connect with customers, vendors and leaders in the national and international brewing arena. The trade show sets the stage for exhibitors and buyers to develop profitable business relationships and helps brewing and brewery restaurant professionals encounter the latest and best products and services that industry vendors have to offer.

CBC 2018 also serves as home to the World Beer CupSM, often referred to as “the Olympics of Beer.” Developed in 1996 to celebrate the art and science of brewing, this global competition continues to create greater consumer awareness about different beer styles and flavor profiles while promoting international brewing excellence. In 2016, 6,596 beers entered from 1,907 breweries representing 55 countries were entered in the World Beer Cup and were judged by an elite international panel of 253 judges from 31 countries. This year is expected to be even more competitive, as craft brewing continues to attract an even broader universe around the globe.