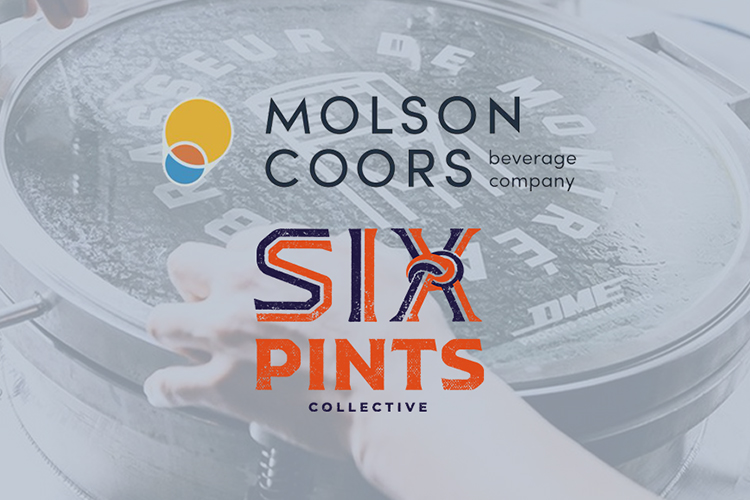 As North America’s oldest brewery and Canada’s second-oldest company, Molson Coors has been brewing beers and beverages for 235 years and is the first major brewing company in Canada to unveil awards dedicated to BIPOC and female students in brewing programs specifically. “

In 2021, there is no room for systemic barriers in the beverage industry, or any industry for that matter,” says Frederic Landtmeters, President of Molson Coors Beverage Company in Canada. “With these new awards, we’re honored to play a role in building a diverse pipeline of brewing talent in Canada and we wish these students a bright and successful future ahead”

The awards to be given out include:

“We are thrilled by Molson-Coors’ commitment to education in the brewing sciences, particularly their resolve to encourage more women and BIPOC students to explore the beer industry.” – Dr. Dale Wood, founder of the Bishop’s University brewing science graduate program.

“KPU has championed diversity in brewing since the start of our diploma program and we welcome the additional industry support from Molson. We’re committed to training and developing our students to be able to work across the industry and this is a wonderful opportunity for our BIPOC and female students to be supported in their educational goals and career pursuits.” – Dr. Elizabeth Worobec, Dean Science and Horticulture at KPU.

“These awards will create opportunities for BIPOC and female students who come to Niagara College’s Brewmaster and Brewery Operations Management program with the goal of pursuing a career in the brewing industry. Thanks to the support of Molson Coors, these future brewers will not only take the industry by storm with their innovative skills and unique perspectives, they’ll also be helping to close the diversity gap that currently exists within it.” – Mr. Craig Youdale, dean of Niagara College’s Canadian Food and Wine Institute

Molson Coors and Six Pints plan to continue building and expanding relationships with the schools in the years to come to attract more diverse talent into the Canadian brewing industry. In the United States, the company’s craft arm, Tenth & Blake, also developed a scholarship program to increase diversity in craft brewing with universities and near five of its craft partners are participating.

This marks the latest Molson Coors initiative to foster a more diverse and inclusive brewing environment. Just a couple months ago, Molson Coors evolved its environmental, social and governance strategy to emphasize a renewed focus on People and Planet, as outlined in its “Our Imprint Report.” Financial Awards for BIPOC and women is a continuation of Molson Coors’ work in the social justice space, following a recent announcement of $1.5 million recommitted to social justice programs and non-profits with the goal to empower diversity and inclusion across Canada.

For more than two centuries, Molson Coors has been brewing beverages that unite people to celebrate all life’s moments. From Coors Light, Miller Lite, Molson Canadian, Carling, and Staropramen to Coors Banquet, Blue Moon Belgian White, Blue Moon LightSky, Vizzy Hard Seltzer, Leinenkugel’s Summer Shandy, Creemore Springs, Hop Valley and more, Molson Coors produces many beloved and iconic beer brands. While the company’s history is rooted in beer, Molson Coors offers a modern portfolio that expands beyond the beer aisle as well. Our Environmental, Social and Governance strategy is focused on People and Planet with a strong commitment to raising industry standards and leaving a positive imprint on our employees, consumers, communities, and the environment. Learn more about Molson Coors Beverage Company, visit molsoncoors.com, MolsonCoorsOurImprint.com or on Twitter through @MolsonCoors.