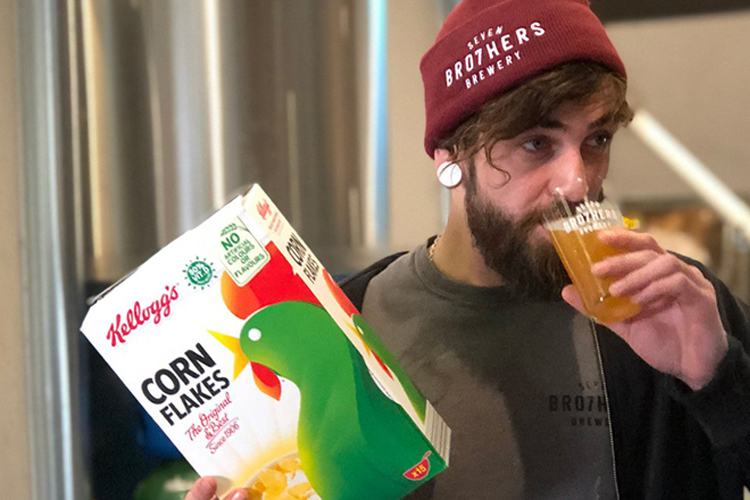 Called “Throw Away IPA,” the release is being brewed at Seven Bro7thers Brewery in Manchester, using corn flakes which are too big, too small, or overcooked to make it to your cereal bowl. According to the Telegraph, 30 percent of the beer’s grain contents are made up of the rejected cereal, with wheat making up the remaining 70 percent.