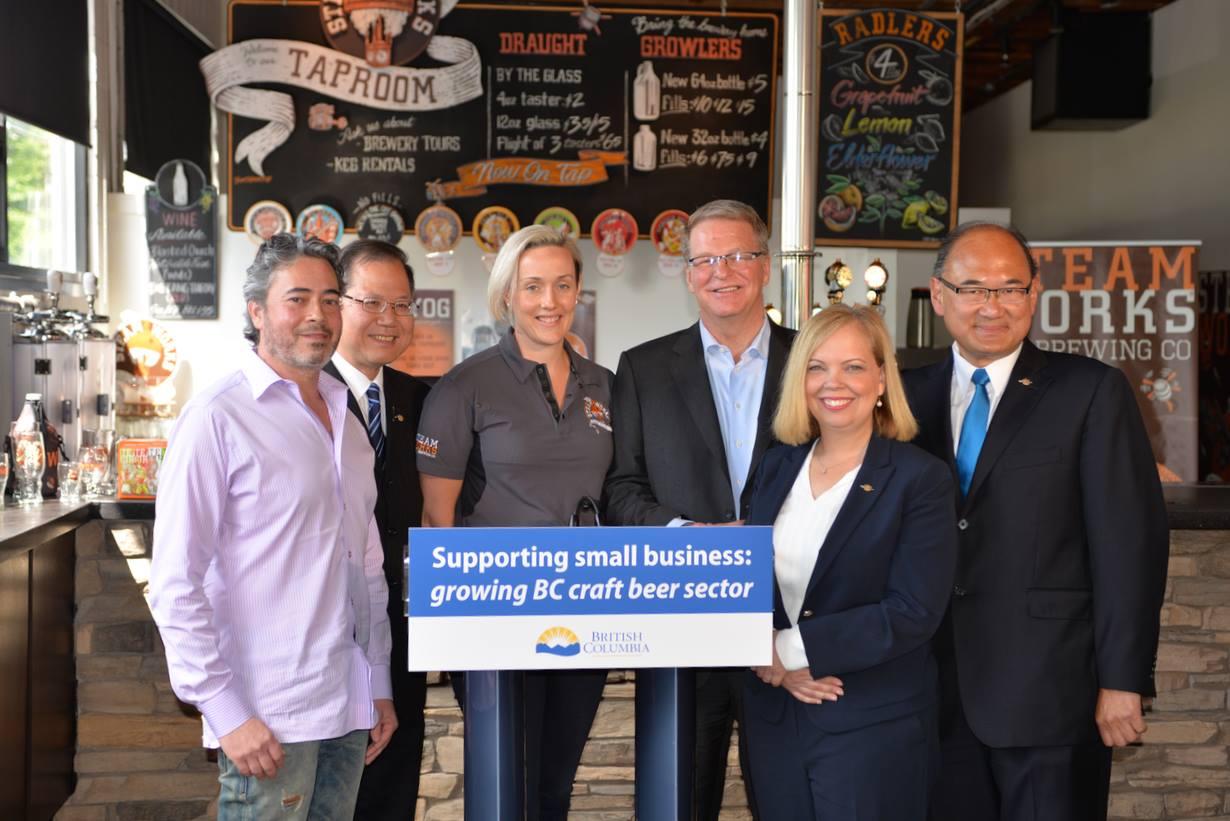 Recently, the BC Government announced the reduction of red tape for BC Craft Breweries. Ace blogger Dustan Sept of Beer Me BC followed on quickly with an analysis of what the announcement meant to BC breweries and beer consumers.

Deep in his blog post, Dustan highlights a specific aspect of the changes, and What’s Brewing directs your attention to it:

The big news when it comes to the Province of British Columbia’s news however comes down to how the taxes are collected. In the announcement you will find that, “Craft breweries will no longer be required to remit all of the revenue from the sale of their products to the Liquor Distribution Branch before the mark-up is applied.”

What does this mean? Well, under the former rules, all revenue from the sale of beer was collected by the Provincial Government. That means that the money went from your wallet, into the cash register and then straight to a government bank account. The funds would be held for two weeks then returned to the brewery … the additional two weeks added to their cash cycle is not easy to deal with for a small business. Being able to keep the lion’s share of the money you make offers great relief to already cash-strapped entrepreneurs.

The effect of this change of course won’t make much difference to a bottling brewery’s cashflow when their product is sold at a BC Liquor Store. However Dustan’s excellent point is that a nanobrewery or other small brewer with a tasting room might collect a significant portion of their income right on premises in their taproom (or restaurant, in the case of a brewpub). This is therefore a massive shift for them; they don’t have to mail away their very own money to Victoria and wait for it to come back, a horrible arrangement for a nanobrewery that relies on keg or tasting room cashflow to survive.

For a nanobrewer’s take, we turned to Doan’s Craft Brewing, a tiny brewery located in the heart of Yeast Van. Their revenue comes about 50/50 from direct sales vs. liquor store receipts. Co-Owner Michael Doan confirms that they anticipate being able to keep more dollars in their bank account due to the significant change in the amount sent to the Province.

Asked whether that will make running his business easier, Doan said that “Logistically it is not any easier or any more difficult.” The process doesn’t involve any less steps; just less money sent. He notes, “Overall, for the company it will make things a little bit easier because we will always have a better idea of our cashflow. But after being open for a year now I have gotten used to the current system and it isn’t too much of a bother.”

For his part, Cumberland Brewing GM Darren Adam is keenly looking forward to the change. He likes to call his small brewery “the Brassneck of the Island”, for its approach that eschews bottling and distributes only locally. Cumberland’s experience with Provincial bureaucracy is subtly documented in the names of two of their staple offerings: Red Tape Pale Ale and Just A Little Bitter. Their experience with the current system seems to be less smooth: “Essentially we send 100% of the sale funds to the government, they remove their fees, then send the rest back to us. They hold our money for two weeks, and screw it up [the process] a couple of times a year. Our accountant said it was the most convoluted complication to the books that he had ever seen.”

About the outgoing system, he continues, “It was stupid. We had to deposit the money in a special account at a bank of our choice, then they would direct deposit back… [incurring] more fees, etc.” Adam feels that the change will “make the back of house bookkeeping WAY easier”.

Asked whether he knew that this change was imminent, Adam says “We had absolutely NO idea this was coming”. Doan however confirms that he was made aware, noting that  “it has been communicated by the LDB and by the Brewers Guild here and there.”

The overall answer seems to be that yes, these brewers feel the upcoming changes will help. However, after so many years of being forced to put up with an outdated and unfair system, it seems that some craft brewers have become inured to red tape and either nonplussed or guarded about change. Hopefully these new moves, seemingly more hopeful than last year’s “price adjustments”, are not just a pre-election year publicity op and are rather an indication of better times ahead for these small businesses (and maybe by extension their clientele: craft beer drinkers like you and me).

Note: a previous version this story understated the percentage of revenue that bottling represents to Doan’s Craft Brewing Company.