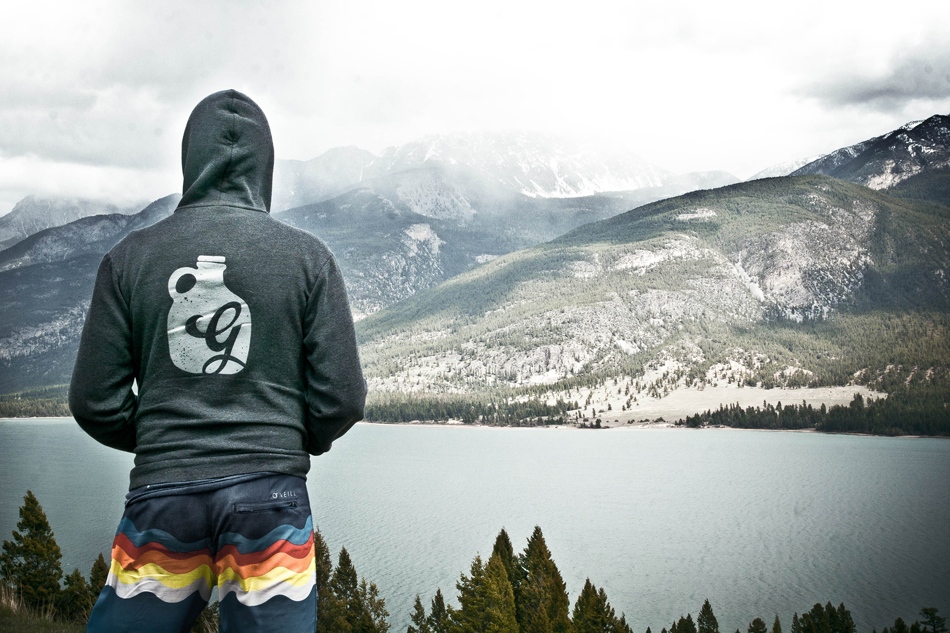 by Stephen Smysnuik for The Growler

Do you need an escape? Of course you do. Everyone does. Your back hurts, stress is clawing at your chest like a demented lover, and your head is so cluttered you can hardly form a coherent thought, let alone a sentence. Right…?

And between the dismal Canadian dollar and that pesky Zika virus, your options for where to go are limited. May we suggest a Kootenay beer tour road trip? Of course we can. We just did.

The Growler logged around 23 hours of driving recently, starting from Vancouver with the Kootenays in our sights. No matter where you depart from, though, you’ll pass through dusty landscapes reminiscent of the Wild West, one-horse towns, ego-shattering mountain ranges, and lush river valleys the scope and scale of which are impossible to fully comprehend, especially while driving (unless you’re keen to roll your vehicle down any of the endless embankments of which the region’s windy roads have in great supply).

Given the length of travel between towns, and the exhaustion that comes with it, you likely won’t be drinking to excess, unless you’re a reckless party animal. Early nights come easy, as do restful sleeps. And all that driving gives you plenty of time to untangle those stresses, which you can then suppress (healthily) with some fresh beer and good conversation with small-town locals.

Rossland is built into the side of a hill and surrounded on all sides by mountain peaks, which gives it an untethered feel, like you exist in a dreamland. It’s a town where children roam freely, where the homes are all a century old and built close together like one enormous townhouse complex held over from the booming mining days.

The locals have a deep sense of pride about their town, and there’s an enthusiastic devotion to Rossland Brewing, a tiny, charming microbrewery in the town centre, with alley-only access. The beers are all balanced and easy-drinking (even the IPA) that never offend with too much or too little flavour.

Where to stay: Sweet Dreams Heritage Inn. A family-operated B&B located in a well-preserved Victorian home. There are only three rooms available, and it feels as though it could be haunted, which was of such grave concern to The Growler when he had to pee at 3am.

Nelson’s a metropolis compared to Rossland. The town centre has an authentic Haigh-Ashbury vibe, and is even structured similar to the San Francisco neighbourhood, with the hills rising from the main road (complete with dope-smokin’ ragamuffins of every age) and lined with brightly painted Victorian homes.

It’s in these hills that you’ll find Nelson Brewing Co. – but be sure to call ahead. While it does offer tours, NBC has no tasting room or growler-fill station. The facility is deceivingly large and historic – it was built in 1898 as the home of the original Nelson Brewing.

Torchlight Brewing – a 10-minute walk down the hill – is a very different beast. It’s a tiny nano-brewery that was launched in 2014 by friends Craig Swendson and Josh Secord. The tasting room is charmingly ramshackle, complete with mismatched furniture and décor, giving it the ambiance of a man cave. The beer names are riddled with puns and the tap list is constantly rotating and evolving.

Where to stay: The Hume Hotel. An historic building, originally built in 1898 as a hotel that has recently been converted into luxury suites in the city’s downtown core.

There are two routes to take, but we suggest driving via the Kootenay Lake Ferry –  known for being the longest free ferry ride in the world  – for the more scenic route.

Fernie Brewing is the largest brewery in the region, having undergone a rapid expansion since 2012. The tasting room is modest – the sort of space that gets cramped real quick in the peak season après hours. It’s also the most sophisticated and stylized of the region’s breweries, backed by a wide range of beer styles with sleek marketing, and a real sense of muscle behind the efforts.

Where to stay: Park Place. A ski lodge with spacious rooms, a swimming pool in the foyer and a hot tub with a totally ‘80s metal gazebo.

It’s about this point in the trip that the fatigue will catch up with you – from the driving, from the poor food choices, from all the mind-melting natural beauty. But it’s also around this time when the terrain opens up to wide river valleys, bordered on either side by mountains (so many mountains). The scenery is so powerful the brain cannot sufficiently make sense of it, let alone put it in a sentence.  It’s also very remote. There’s nothing on the way to Invermere except Invermere – a ski- and rodeo-town propped up by vacationing Albertans.

Arrowhead Brewery is easily one of the most impressive tasting rooms in the province, with an encompassing retro aesthetic crammed full of mid-20th century ephemera: metal Pepsi chalkboard, a vintage gas pump, a cash register from 1925, still in use. Arrowhead is its own little world – a roadside diner that happens only to serve beer.

Revelstoke’s missing the hardcore ski-bum vibe of some other towns – perhaps because its only been a ski town since 2007, when the mountain opened – but makes up for it in the well-preserved mining-town architecture in the town core.

And the Mt. Begbie Brewery is right in the centre of this – for now. By summer, the brewery will have moved into its brand new purpose-built facility a few minutes outside of town. But when The Growler visited, the business was still downtown, serving beer.  The brewery turns 20 this year, and has retained its core philosophy – no weird beer, just dependable, well-crafted brews that can please the novice and the nerd alike.

Where to stay: The Regent Hotel. Another heritage hotel that’s been expanded and remodeled in recent years into comfortable, accommodating suites.

Obviously, these 1,000 words can’t adequately convey how beautiful the drive is, or how how effectively it can bust up whatever psychic knots may be troubling you. You’ll just have to trust us.

And you can thank us later.

Filed under: Beer In The News, Travel & Beer Tourism
Tagged under: The Growler