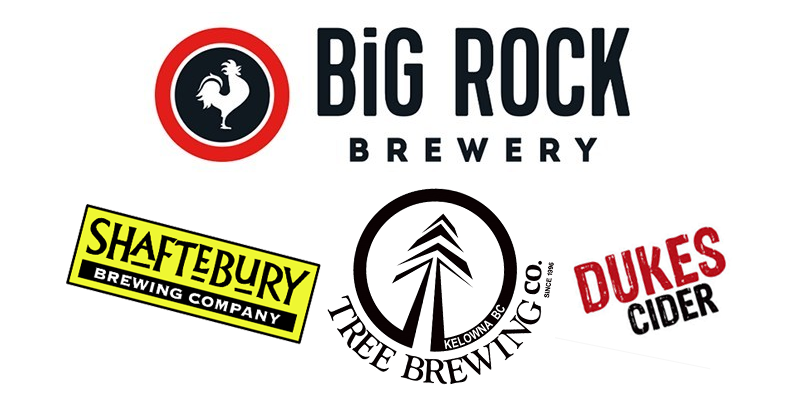 The primary market focus will be in British Columbia where Big Rock’s Vancouver brewing facility will be operated under a contractual joint venture agreement. The Vancouver brewery, located on West 4th Avenue and Alberta Street, is undergoing renovations which include the addition of new canning lines and brewing vessels to expand brewing capacity up to 26,000 hectolitres to allow for the production of products for both companies. Production of Fireweed products for the Alberta market will be handled under a contract manufacturing agreement.

“This is an incredible opportunity to expand the Vancouver brewery and leverage the many strengths of both Big Rock and Fireweed Brewing Corp, a well-respected BC-grown business,” says Wayne Arsenault, President and CEO of Big Rock Brewery.

“Combined, we have over half a century of Canadian craft brewing experience, and while we will remain independent businesses I look forward to working with Fireweed to drive cost efficiencies and further grow our brands,” says Arsenault.

Tod Melnyk, President and CEO of Fireweed commented, “In the fast pace competitive craft beer environment, craft brewers must look for new ways to be sustainable, relevant and profitable. We believe this joint venture is a model for the future and we are excited to work with the Big Rock team to grow our businesses.”

The agreement is expected to become effective on May 31, 2018, with joint venture operations to commence in June 2018.

In 1999, Tree Brewing launched its signature beer Hop Head IPA, the first ‘serious IPA’ to be crafted for wide consumption by a Canadian brewery. Dukes Cider Company was launched in 2011 and in 2013, Fireweed purchased Shaftebury Beer brands from Sleeman Breweries. Fireweed’s brewing philosophy is to brew memorable, well balanced and flavourful beers, regardless of the style. Tree Brewing celebrated its 20th-anniversary milestone in 2016.

In particular, this News Release contains forward-looking statements pertaining to the following:

With respect to the forward-looking statements listed above and contained in this News Release, management has made assumptions regarding, among other things:

Some of the risks which could affect future results and could cause results to differ materially from those expressed in the forward-looking information and statements contained herein include, but are not limited to: