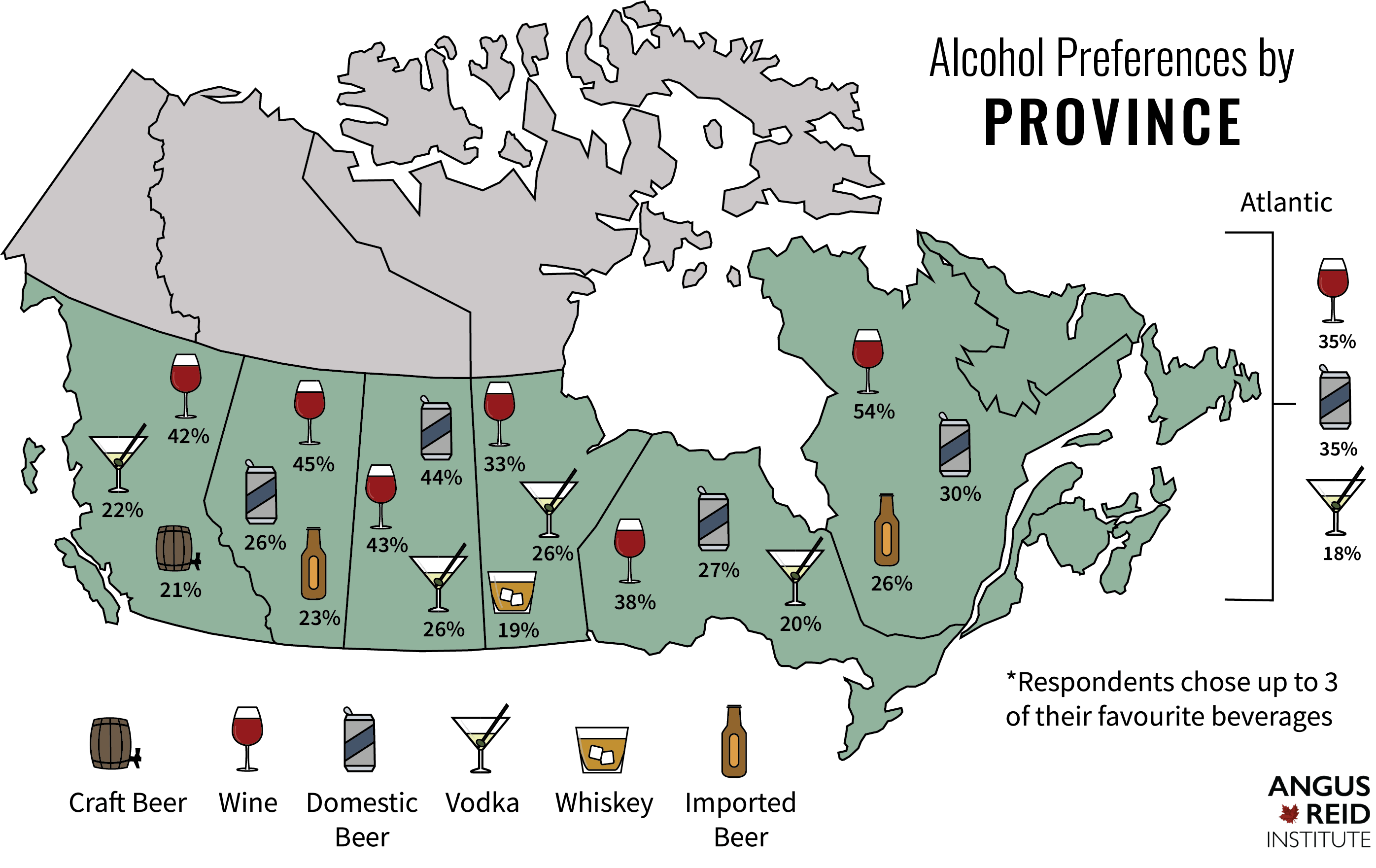 Recently, the Angus Reid Institute released the results of a poll that studied the politics and demographics of respondents grouped by their interest in alcoholic beverages. The findings will be of interest to BC’s craft beer fans and industry.

British Columbians demonstrated by far the most interest in craft beer in Canada. BC was the only province to choose craft beer in their top three liquor types, as seen in the map above.

Data collected confirmed that 25% of BC residents surveyed chose craft beer as a top 3 beverage selection. No other province reached even 20%.

Filed under: Beer In The News, Business of Beer, Politics & Advocacy
Tagged under: Angus Reid, BC Craft Beer, Beer Me BC, Survey