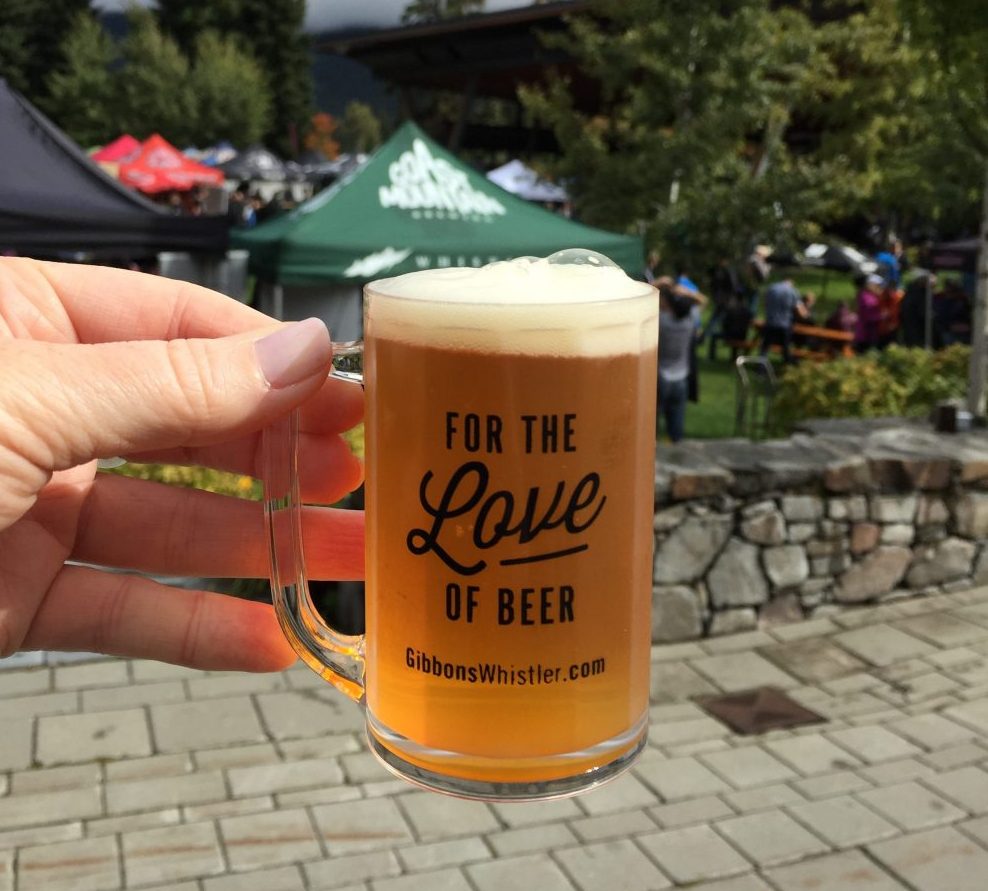 I had the pleasure of attending the 4th Annual Whistler Village Beer Festival last weekend. It was my third year

and consistently this festival is in my top 3 for the year. Despite much rain (except luckily for most of the actual festival) spirits were high, the beers were fantastic and the addition of all day long live music made it as it should be – festive! The Whiskey Dicks had everyone dancing and The Hairfarmers had heads banging.

The festival itself spans 4 days with satellite events happening nightly all over Whistler Village. “Battle of the IPAs” appears to have been the favourite activity that many of the brewery staff were talking about.

The actual event takes place in the Whistler Olympic Plaza and described best by WVBF as “A giant amphitheatre surrounded by lush green grass, nestled in a world-class resort village, located at the base of the most epic mountains in North America, filled with beer. A legacy in its own right, the Whistler Olympic Plaza as festival venue couldn’t get any better. Beer in hand, you’ll have a view of Whistler’s beautiful mountains and the lively, surrounding village.” Indeed!

Beer highlights for me for were:

You can check out the full brewery line up here and I recommend signing up to get notification of early bird tickets for next year’s event!