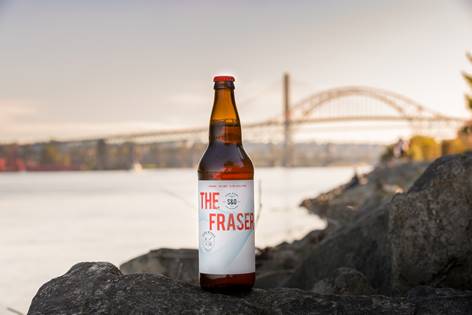 New Westminster, BC – Steel & Oak Brewing Co. announces the release of their collaboration with Four Winds Brewing Co. “The Fraser”.

The Fraser is a Pale Ale brewed with Amchoor (Green Mango Spice) and fermented with Saccharomyces Trois yeast. Hopped with Citra, Mosaic, and Azacca, as well as some fresh Cashmere for good measure, The Fraser is fruity, tropical, and funky.

Steel & Oak co-founder Jorden Foss says, “Working with Four Winds is always a fun time. They are such a well respected brewery and we’re glad to be able to call them friends”.

The Fraser is the second collaboration release from the two breweries, the first being their “Gratzer” back in 2015.

The Fraser is available now at Steel & Oak Brewing Co. in New Westminster and will be on tap at Four Winds in Delta soon. It will hit Private Liquor Store shelves in Metro Vancouver this week distributed through Steel & Oak.