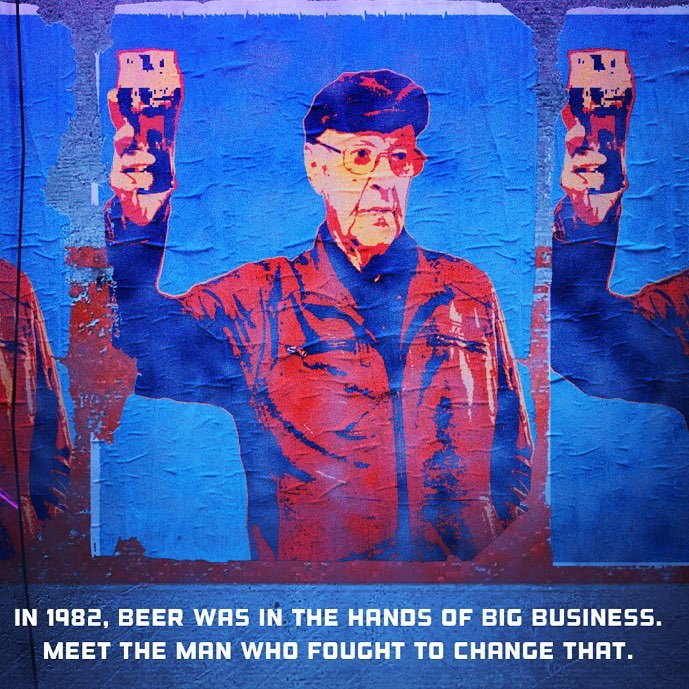 Editor’s Note: voting for this BC Craft Beer documentary opportunity starts today (July 30, 2018 at noon) and lasts only 3 days (until Thursday at noon). If you support BC craft, get on this:

Vancouver, BC – July 30, 2018 – B.C. born filmmaker Ben Dextraze, has been researching beer culture in Canada for several years with the aim of telling the industry’s little-known and complex history, and giving voice to its hero, John Mitchell.

Like many Vancouverites, Dextraze enjoys drinking craft beer, but the story of how craft brewing came to be the cultural phenomenon it is today, is not one many of us know in great detail, if at all.

“I wanted to sharpen my skills as a filmmaker and producer while trying to grapple with the underpinnings of beer both because of its sudden popularity, and because of the direct effect it has had on my life,” said Dextraze.

Growing up in Kamloops with alcoholism in his family, and weekends spent binge drinking as a teen, Dextraze explains the story of craft beer is especially interesting to him. “Having a historical understanding of beer’s history and culture can help us to better understand alcohol’s place in our society—its origins, mass production, prohibition, moderation, and finally its current liberalization.”

John Mitchell was one of the men behind Spinnaker’s, the country’s first true brewpub. The craft industry we know today actually began in the early 1980s, when Mitchell stood up to corporate beer, big money, and politicians, to pursue a simple dream: to create flavourful, locally brewed Canadian beer and pair it with great food.

Despite being one of the godfathers of modern craft breweries, few know John Mitchell’s name or what he did to help change B.C. beer culture.

Dextraze hopes to cast light on Mitchell’s story from English-born Canadian brew-master and beer pioneer to today, and his new vision to build a legacy brewpub with beer entrepreneur John Ohler. The film will also give insight into Canada’s beer history and its possible future.

Voting for the Storyhive 2018 Documentary Edition runs from July 30th at 12 noon -August 2nd at 12 noon. Voters can vote once each day for their chosen project.

Visit Storyhive.com Beer Brawl: The Legacy of John Mitchell for more details and to vote.