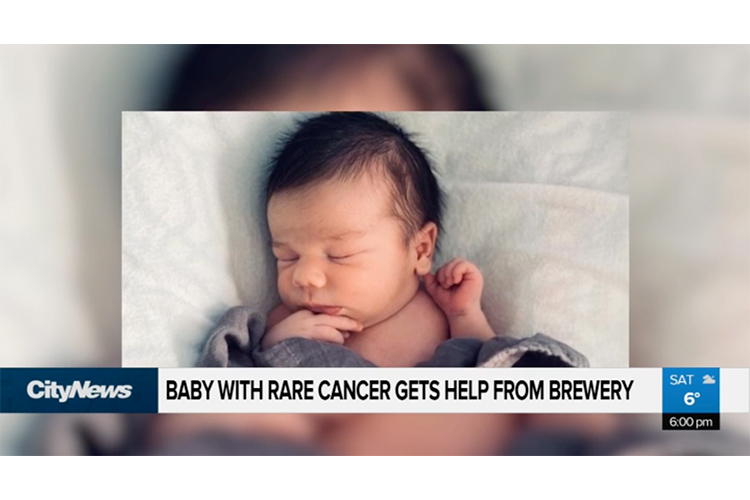 VANCOUVER (NEWS 1130) – A North Vancouver brewery is joining the battle to help save a newborn’s life after he was diagnosed with a rare form of pediatric cancer days after birth.

Baby Alejo’s parents noticed a small lump on his leg only a week after he was born. An ultrasound revealed he had an aggressive and rare form of cancer called malignant rhabdoid tumor with SMARCB1 mutation on chromosome 22.

North Vancouver’s North Point Brewing Co. has named a beer after the baby, the “Alejo IPA,” and will be donating all the proceeds to the family’s GoFundMe page.

“We’re just overwhelmed and humbled and grateful by the incredible show of support that the community has shown us,” Angel says. “Any prayer positive love or energy send our way. We really appreciate it, and I know it’s a tough time for everyone, so we appreciate everything.”