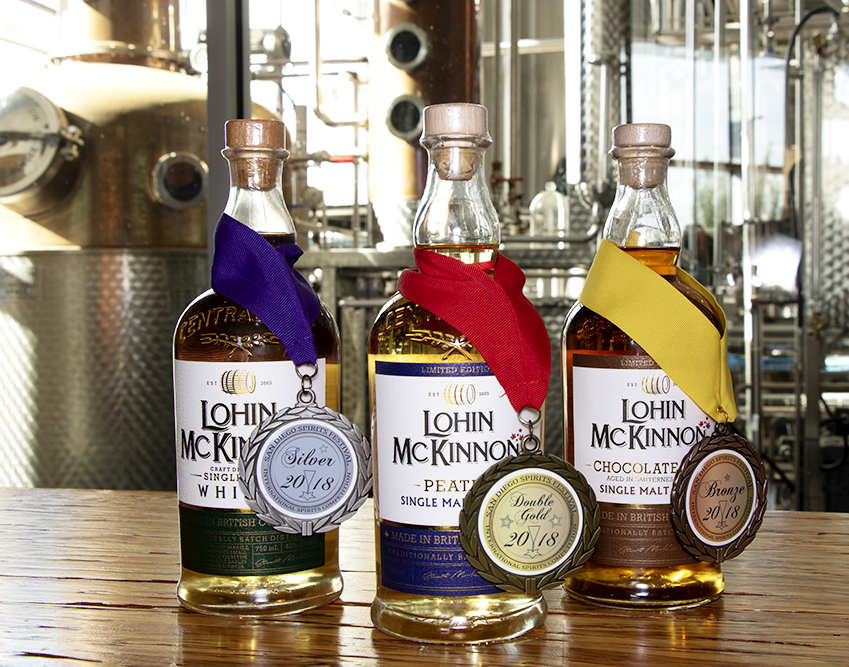 SURREY, BC – Spirits from Central City Brewers & Distillers won an impressive 8 medals at the 2018 San Diego Spirits Festival. As one of the most prestigious competitions in North America, Central City is extremely proud to have won more medals than any other distillery in 2018.

Lohin McKinnon whiskies faced stiff competition in a blind tasting format. The Lohin McKinnon Peated Whisky was one of only 4 Double Gold medals awarded across all whiskies entered into the competition. Bitters by Christos products won an impressive 3 of the 8 Double Gold accolades given out at the 2018 festival.