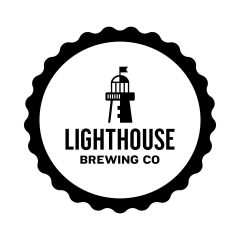 For Immediate Release
(Victoria, BC) – Lighthouse Brewing Company was awarded Gold in the Brown Ale category for their Race Rocks Ale at the US Beer Open in Oxford, Ohio.

Lighthouse Brewing Company, a locally owned and operated brewery located in Victoria, BC, is proud to announce that their flagship beer, Race Rocks Ale, won Gold in the Brown Ale category. Lighthouse Brewing was one of eleven Canadian breweries awarded in all categories, and the only one from British Columbia. Race Rocks was the only Canadian beer to be awarded in the Brown Ale category.

Competition at the US Beer Open was stiff, featuring over 6,000 beers from 120 professional breweries and award-winning homebrewers across the globe. The judges were selected from beer professionals in the US, Canada and England.

Tyler Galts, Brewery President of Lighthouse Brewing Co., said of the win: “We are delighted with the recognition of one of our most popular and original beers. Like the Lighthouse itself, Race Rocks has stood the test of time sought out by newcomers and longtime fans.”

Race Rocks Ale is a hearty Scottish-style amber, proudly brewed as our flagship since 1998. The combination of fine UK malts and hops and our house ale yeast produces a bold, flavourful ale with subtle notes of caramel and chocolate. It is available in bottles and cans in both government and private liquor retailers, as well as in draught in select pubs and restaurants across the province.

Lighthouse Brewing Company has been a beacon of brewing since 1998, when our first kegs rolled out to Vancouver Island beer lovers looking for distinctive and delicious small-batch brews. Our team of talented craft beer enthusiasts insists on quality in every aspect of our process; from the choicest international hops and malt to the most exacting standards of brewing. We honour the craft and traditions, not only of great beer but also the nation’s great lighthouses. Like our beers, every lighthouse has a story.