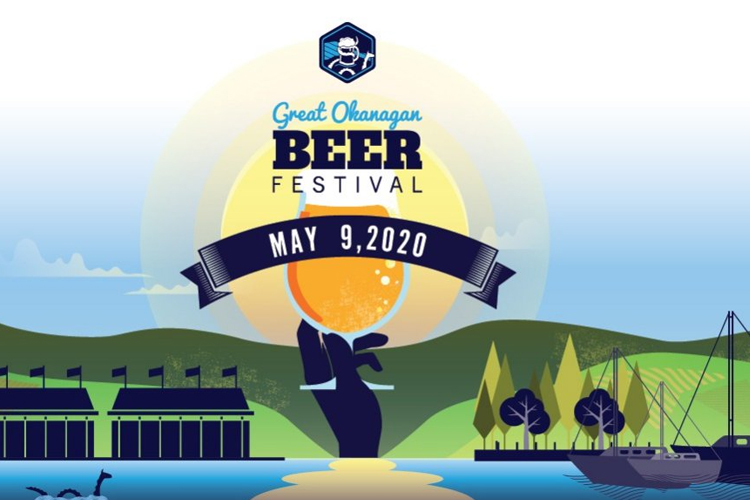 (KELOWNA, BC): Great Okanagan Beer Festival (GOBF), presented by The Train Station Pub, is excited to announce the music lineup for the 2020 Main Event. The Feels, Kita, and Red Chair will be taking Waterfront park stage on Saturday May 9, 2020.

Described as being “on fire in the Okanagan,” Kelowna’s newest cover band, The Feels, will be transforming Waterfront Park into a world-class rock show. This 4-piece rock band is guaranteed to get the audience singing and dancing along with their diverse collection of top 40 hits from the 80s, 90s, 2000s, and now. From The Strokes to Britney Spears, and Third Eye Blind to Ginuwine, they are sure to play something for everyone.

Local Kelowna DJ, Kita, will be taking over the decks and showcasing his distinct style of catchy mid-tempo beats at GOBF. Blending throwbacks and future-classics with a twist of electronic influence his style is equally varied and adaptive, so get your Shazam ready.

A fan favorite from previous years, Red Chair, from Whistler, will be returning to deliver an infectious high-energy set that will get the crowd dancing and singing along. Since their inception in 2013, Red Chair has been dominating the live music scene in Whistler. Described as a “musical orgasm in your ear” they will be covering rock hits from the 1950s to now.

In addition to this stellar music lineup, GOBF’s Main Event will feature 60 craft breweries and over 120 different brews and ciders, complimented by food trucks, games, and more! General Admission tickets and All Access Passes are on sale now at www.gobf.ca. Last year sold out so don’t delay.

Great Okanagan Beer Festival, presented by The Train Station Pub, is a 5-day celebration, offering festival and craft beer lovers a mix of amazing programming at local bars and pubs. Saturday will showcase the cannot miss Main Event at Waterfront Park where over 60 craft breweries will come together to pour over 120 beers and ciders for 3,500+ festival-goers. Nestled on the beautiful beaches of Okanagan Lake and right in the heart of downtown Kelowna, breweries, food trucks, bands, and festival-goers join in our celebration of love for beer. We’ll cheers to the best craft beers and ciders that BC has to offer, with a few of our favorite out of province brews joining the fun.