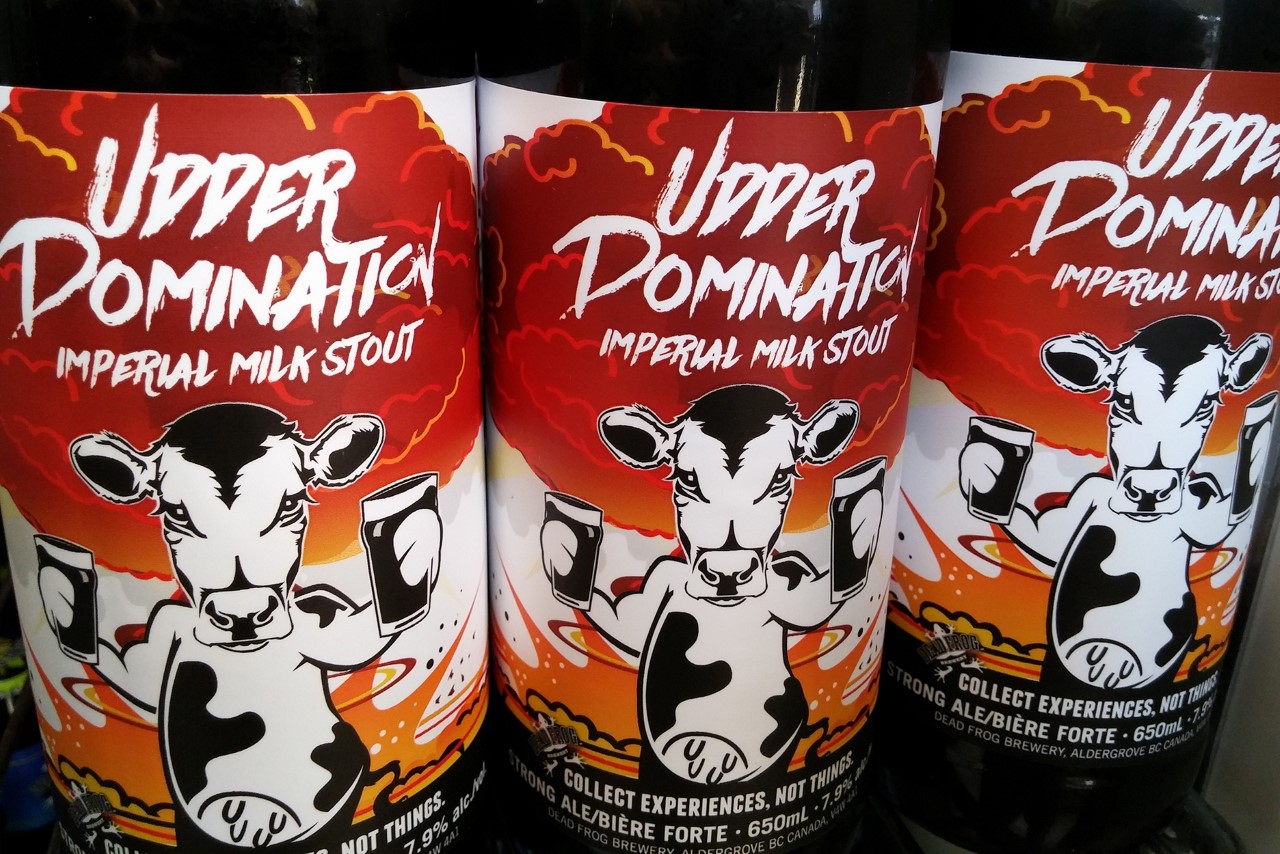 The brew is a roasted, creamy, and bovine Imperial Milk Stout that offers a unique spin on an established style. The Udder Domination combines flavours of dark chocolate, cappuccino, and roasted nuts with a slightly sweet, creamy finish. All of this is perfectly balanced with slightly sweet and warm flavours from the 8% ABV.

The Udder Domination is a single batch brew. It’s available now in select liquor stores in BC and Alberta, in 650mL single bottles, for a limited time only.

Unpasteurized, preservative-free, and small batch brewed, Dead Frog beer is also available on draught in select pubs, restaurants, and for growler fills at the brewery. Follow us on Twitter @DeadFrogBrewery for announcements on availability.