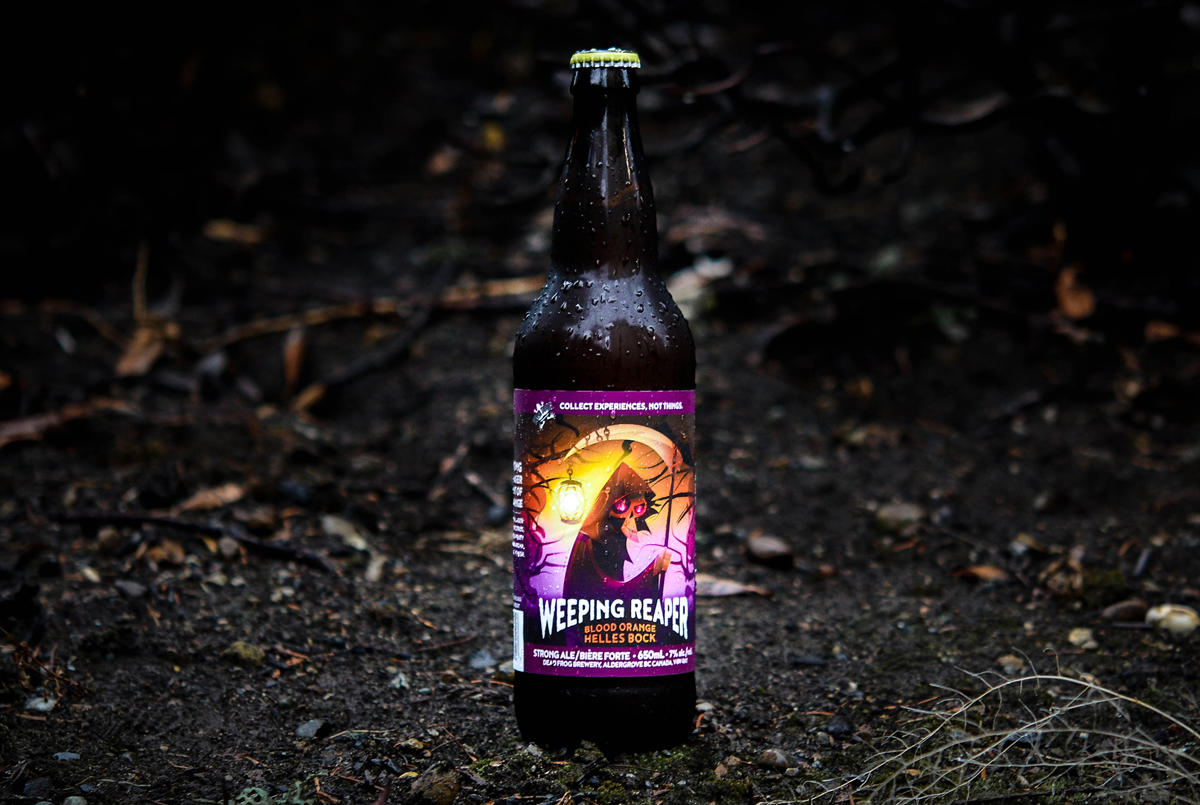 Aldergrove, BC — Dead Frog’s Weeping Reaper Blood Orange Helles Bock is back again with a refined recipe, and is available now at liquor stores across BC.

The Weeping Reaper is a haunting golden lager with a hint of blood orange and a slight caress of hops. “We changed the recipe up just a little bit this year to perfect the balance”, says Dead Frog Head Brewer Cole Smith. “I was really happy with last years recipe, but just wanted to update it a little bit to really balance the aroma and flavour of the hops with the malts, and slightly sweet blood orange. The end result is a crisper brew with more flavour and better balance, and it still doesn’t include a single ounce of pumpkin.” 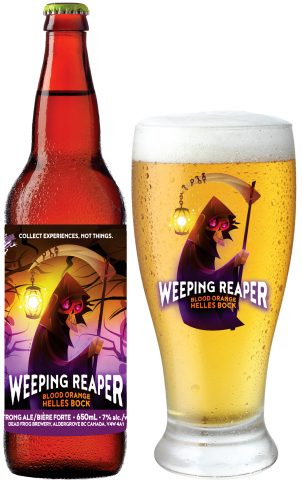 Brew Description
Prepare for the bittersweet embrace of the Reaper. A crisp golden lager with a splash of citrus from all natural blood orange, a sweet caress of fruity hop flavour and aroma, and a brisk dry finish. 26 IBU and 7% alc./vol.

The Weeping Reaper Blood Orange Helles Bock is a single batch brew. It’s available now in liquor stores in BC in 650mL single bottles, and on tap in select pubs and restaurants for a limited time only.​