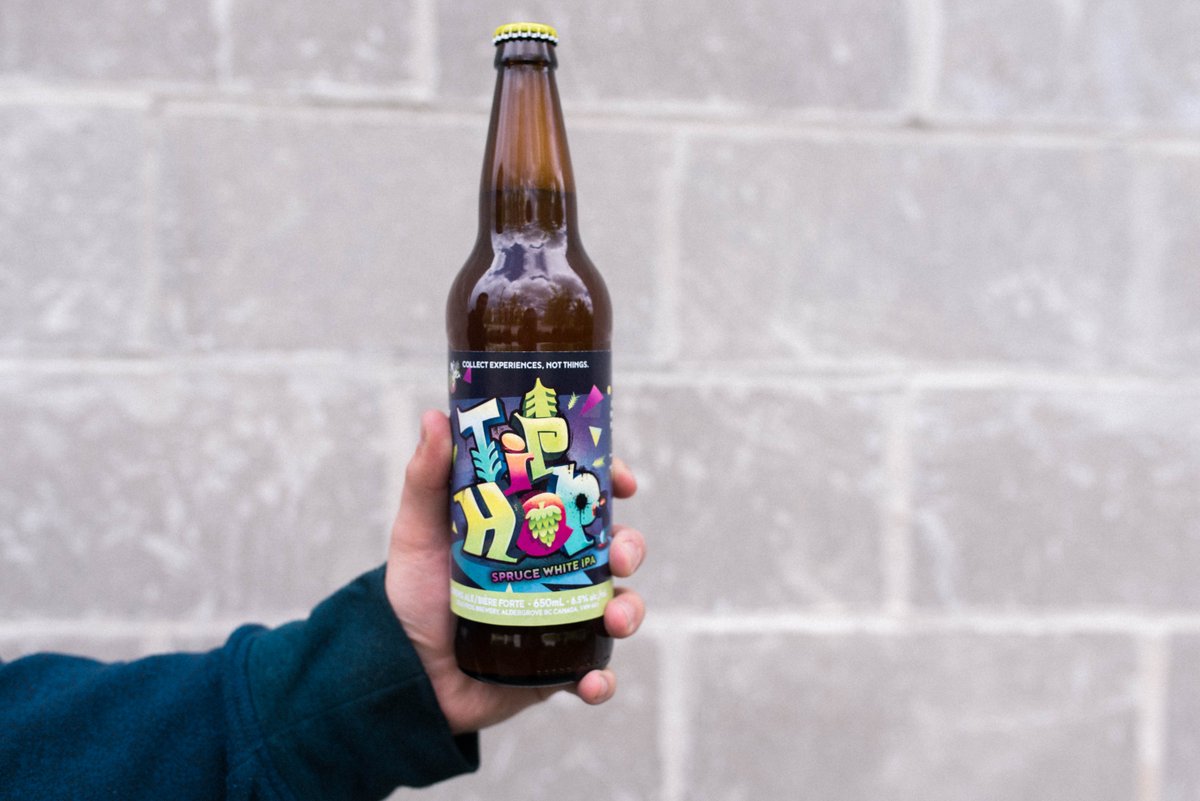 Aldergrove, BC —  Dead Frog’s new single batch 650mL brew, the Tip Hop Spruce White IPA, is now available in BC and Alberta for a limited time only.

The Tip Hop is a white IPA brewed with fresh picked Fraser Valley spruce tips and Simcoe hops. “We get the spruce tips fresh from a nursery down the street,” says Dead Frog Head Brewer, Cole Smith.  “We pick them in the morning, then they come right to the brewery and go into the brew.  The tips give the brew a unique pine characteristic that works perfectly with the piney citrus flavour of the hops we used in the brew.”

The Tip Hop Spruce White IPA is a single batch brew.  It’s available now on tap and in 650mL single bottles at the brewery, and in liquor stores in BC and Alberta, for a limited time only.​