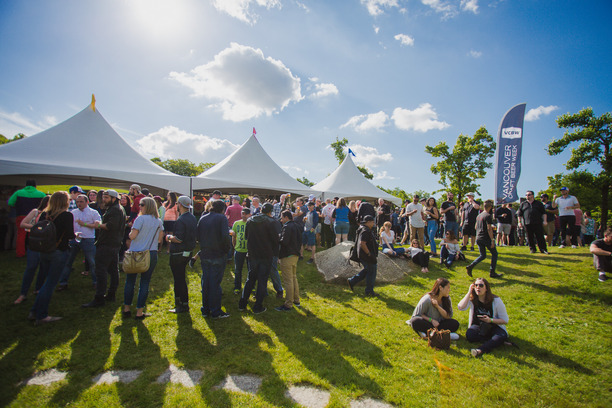 Vancouver, B.C., May 31, 2018 — Some of the best beers in Canada—and the world—will be coming to Vancouver Craft Beer Week Festival this weekend at the PNE Fairgrounds. Among the 300-plus beers being poured by more than 100 breweries at the VCBW main event are winners of the recent 2018 Canadian Brewing Awards and 2018 World Beer Cup.

B.C. breweries took home 51 medals from the Canadian Brewing Awards in Halifax last weekend, including 18 golds and the coveted Brewery of the Year honour for Burnaby’s Dageraad Brewing. That stellar performance follows B.C.’s showing at the World Beer Cup in Nashville earlier this month, where local breweries won nine medals and helped Canada to a second place finish.

This world-class status is not surprising to local craft beer enthusiasts, but it does reinforce that our province is producing beer of the highest caliber.

“We are very proud of B.C. beer,” said Leah Heneghan, VCBW co-founder and festival director. “It is heartwarming to see our breweries getting the recognition they deserve, not only across Canada but throughout the world.”

The 2018 award-winning B.C. breweries pouring at the VCBW Festival:

BREWERY OF THE YEAR: Dageraad Brewing

To view the entire lineup of 2018 Vancouver Craft Beer Week Festival breweries and what they are pouring on June 2 and 3, visit the breweries page at VancouverCraftBeerWeek.com. This interactive page allows attendees to search by brewery and beer style, and select their favourite breweries so they can create their own personalized beer tasting strategy for the festival.

Vancouver Craft Beer Week is committed to providing a safe space for all to enjoy and ensuring that craft beer is promoted and appreciated responsibly by adults. All volunteers, staff, and attendees should experience VCBW free from harassment, assault or intimidation—any such behavior will not be tolerated. As with all VCBW events, Serving It Right rules apply—attendees must be 19+ years of age and provide two pieces of ID. VCBW guests are reminded to drink responsibly and plan a safe ride home.

Now entering its ninth successful year, Vancouver Craft Beer Week (VCBW) has become the most anticipated craft beer and cider festival in Western Canada. VCBW has evolved from Canada’s first-ever craft beer week into a cultural engine that showcases musica, food, art, and craft beer at events across the city starting the last Friday in May every year. VCBW 2018 kicked off on Friday, May 25, with citywide events continuing throughout the week and culminating at the historic PNE fairgrounds on Saturday, June 2 and Sunday, June 3 where over 100 craft breweries and cideries will be pouring more than 300 beers and ciders. For more information and to purchase tickets, please visit VancouverCraftBeerWeek.com.