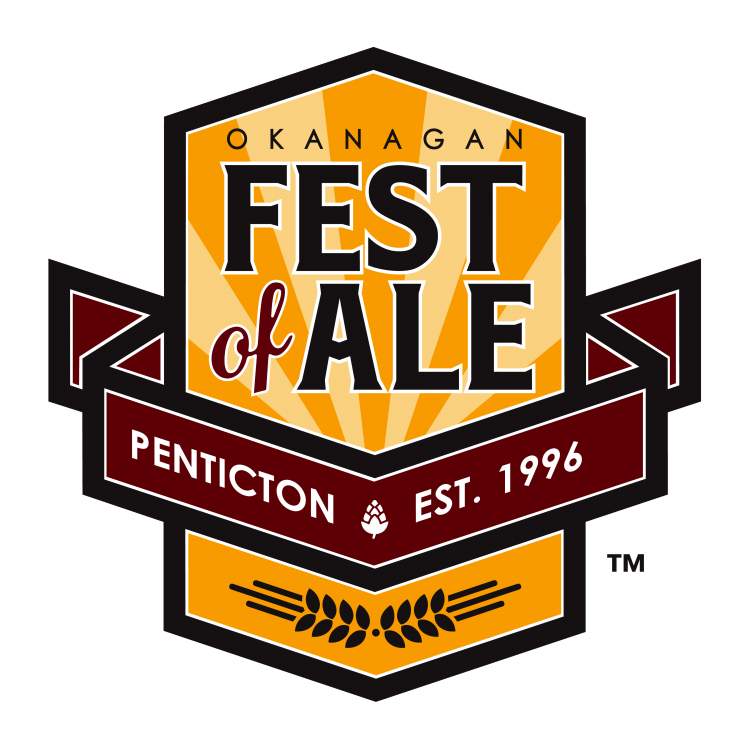 Craft beer and cider enthusiasts from BC and beyond gathered in Penticton to celebrate this past weekend. A hopping good time was had by all who attended the 23rd Annual Okanagan Fest of Ale and organizers are calling it the best event to date.

“We are always very fortunate to attract some of the best brewers and cideries to the event as well as guests with a keen interest in craft beers and ciders,” explained John Cruickshank, Okanagan Fest of Ale Society President. “That combination has a really positive impact on the overall atmosphere. It’s great to see people trying new things and enjoying themselves at the festival. In addition, with net proceeds from the event going to charity, everyone benefits!”

66 craft brewers were on hand this weekend to showcase more than 200 craft beers and ciders to over 5,000 guests. The sold out event also included great food with a notable increase in food and beer pairings. There were educational opportunities at the brewing education and information station manned by Trellis & Vine Crafthouse and the local CAMRA (Campaign for Real Ale) branch. The festivities continued with the best team t-shirt contest put on by the friendly folks at Travel Penticton, the fun photo booth manned by Flash and Frame Photography, an onsite pop up shop manned by Clancy’s Liquor Store, plus great entertainment by performers from around the province as well as our own local DJ Shakes. 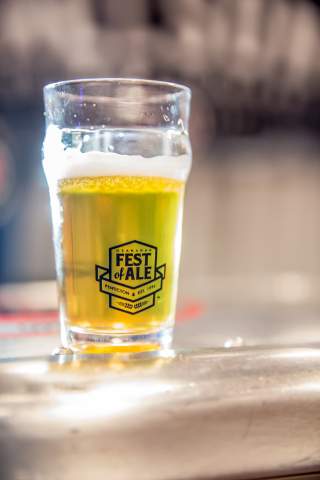 “We were thrilled to once again have such an esteemed panel of judges here with us at the festival,” says Warren Everton, Okanagan Fest of Ale Judging Chair. “They had a difficult job tasting and evaluating 122 different beers and ciders to determine the best entries in 12 different categories and then to agree on the overall Best in Show award. The winners represent an amazing collection of the best beer and ciders around. These are well worth keeping an eye out for at your local liquor store, restaurant or tap room.”

Hand crafted awards created by local artisan Tim Tweed were distributed to the winners as listed below.

People’s Choice Runner Up Best Beer Label Bad Tattoo Brewing
Thank you to our Industry sponsors  Air Liquide, WestKey Graphics, Super Deluxe Creative, and Direct Tap for supporting the these great breweries and cideries  year round and for supporting the 2018 Awards.

Cruickshank summarized, “On behalf of the Board of Directors of the Okanagan Fest of Ale Society, we would like to extend thanks to all vendors, sponsors, supporters, volunteers, entertainers, judges, media and attendees for making this event an incredible success year over year. Thanks to the great work from the team at the Penticton Trade and Convention Centre, our event photographers from Moments Under Frame Photography and  DogLeg Marketing, our local hotels for hosting so many out of town guests, to Get Home Safe for their support, and to our local taxi operators for shuttling our guests home safely.”

Not only does the festival host a venue for beer enthusiasts, but it also generates money for local Penticton charities. Since 1996 the Okanagan Fest of Ale Society has gifted over $637,000 in net proceeds back to the community.  2018 Charitable grant applications will be made available online June 1-30, 2018.

Operating as a non-profit society, managed by a volunteer Board of Directors, the Okanagan Fest of Ale Society hosts an annual Consumer Craft Beer and Cider Tasting that functions to support and promote the growing world of quality craft brewery products, promote local tourism and support charitable organizations within the Regional District of the Okanagan-Similkameen