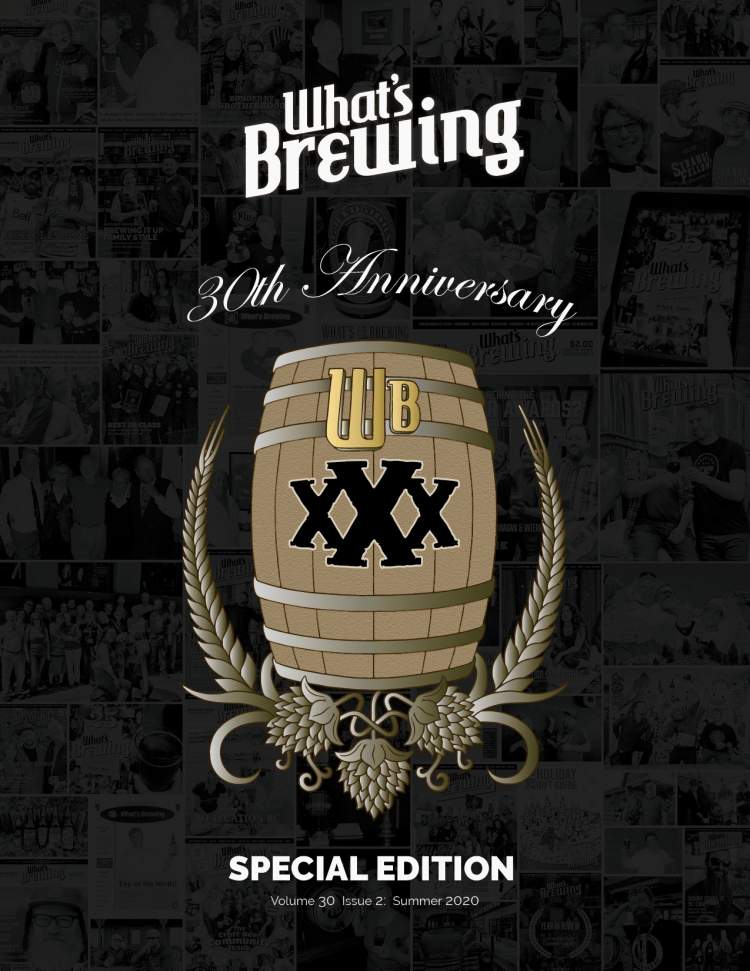 Vol. 30 No. 2 Summer 2020 celebrates our 30th Anniversary. In this special collectible issue, we’ve compiled a new and original history of BC Craft Beer, with each chronological topic organized into chapter book format. We tell the story of how What’s Brewing started, which also happens to be the story of how BC craft beer culture gained its first firm roots, in 1990s Victoria. We also present a running tribute to every microbrewery opened in this province since 1982.

The Story of BC Craft Beer, In Chapters

This latest magazine contains countless previously-unpublished images and vignettes, sequenced into a seamless story including:

This issue is also different because it’s presented in context of the events of 2020. When you read the story of BC Craft Beer, you’ll better appreciate how this is not the first time the industry has weathered a significant storm. Our retrospective is presented as a reminder of the challenges the BC craft beer industry has faced before, the ways they overcame them, and the good things that came out of it.

This issue is dedicated to the >250 microbreweries that have opened in BC since 1982. For that reason, you’ll find every single one of them acknowledged in this magazine.

If you spot a printed copy of the magazine, you might want to grab it because there won’t ever be another one like this. But you can always find it online right here:
whatsbrewing.ca/summer2020

How to read this online

Guess what: you can also read this via a mobile app. Get the app for: