Every three months, What’s Brewing gets together with Legacy Liquor Store to create a new installment of our Tasting Panel series. Our Summer 2019 round features one of the hottest styles in craft beer: Gose.

We showcase each launch on Just Here For The Beer Radio. Starting this issue, we’re proud to also work with Pacific Beer Chat to review and showcase our sextet of BC craft brews. Check out the podcast episode here →

Driftwood
Cry Me A River Gose

One of the benefits of the craft beer movement here in the new world is the resurrection of extinct or nearly-extinct old world beer traditions. Possibly the best example this craft-crazy decade is the explosion in popularity of the formerly-obscure German beer style known as Gose.

This ancient ale evolved about a millenium ago in and around the Lower Saxony town of Goslar on the river Gose. The style is in essence an unfiltered wheat beer, which means it has something in common with the weisses and weizens associated with Berlin and Bavaria—but its salty, tart, and fruity character is vastly different.

What makes Gose so interesting to brewers and drinkers is its unique, thirst-quenching salinity. For hundreds of years, the Goslar area was a centre of mining, with rich mineral and salt deposits in the local soil and in turn its underground water aquifiers (contrary to popular belief, the river is not itself the source of the salt).

At the end of the 19th century it was in full production in Gosenschanken, the taverns around Leipzig where it had become popular. Unlike regular breweries using tanks and barrels, these beer halls would open-ferment the beer in specialized tall bottles.

Today, craft brewers create a kettle sour using bacteria that converts sugars to lactic acid, then add the necessary coriander and salt to get the flavour close to the Leipzig style. Gose is a bit lower than average in alcohol content, making it the perfect summer refresher. 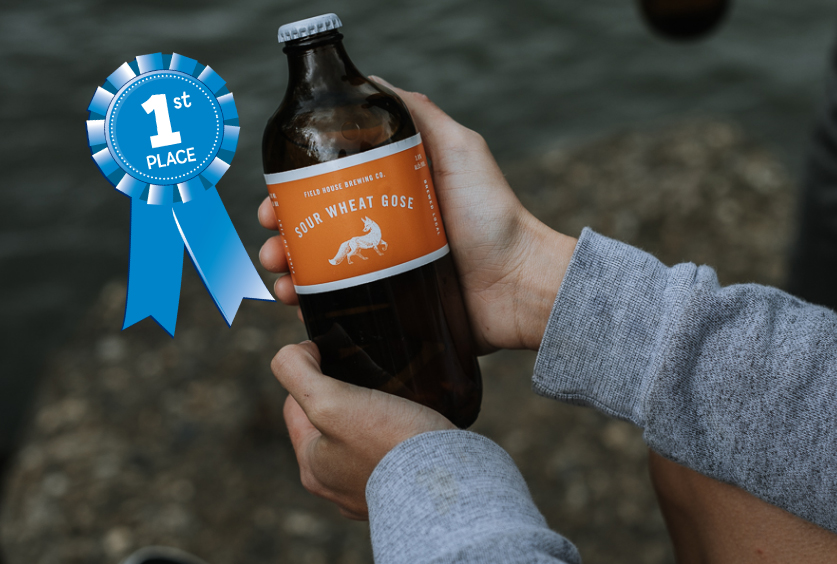 Field House has taken the crown this round, and in definitive fashion. Given the fact that they’ve been known for distinctive sour beers from the outset, this is not shocking. The name Sour Wheat Gose tells you exactly what to expect, and despite its modest ABV it packs a punch as the sharpest, most strongly tart beer in the bunch.

SCORES FOR THIS STYLE GROUP