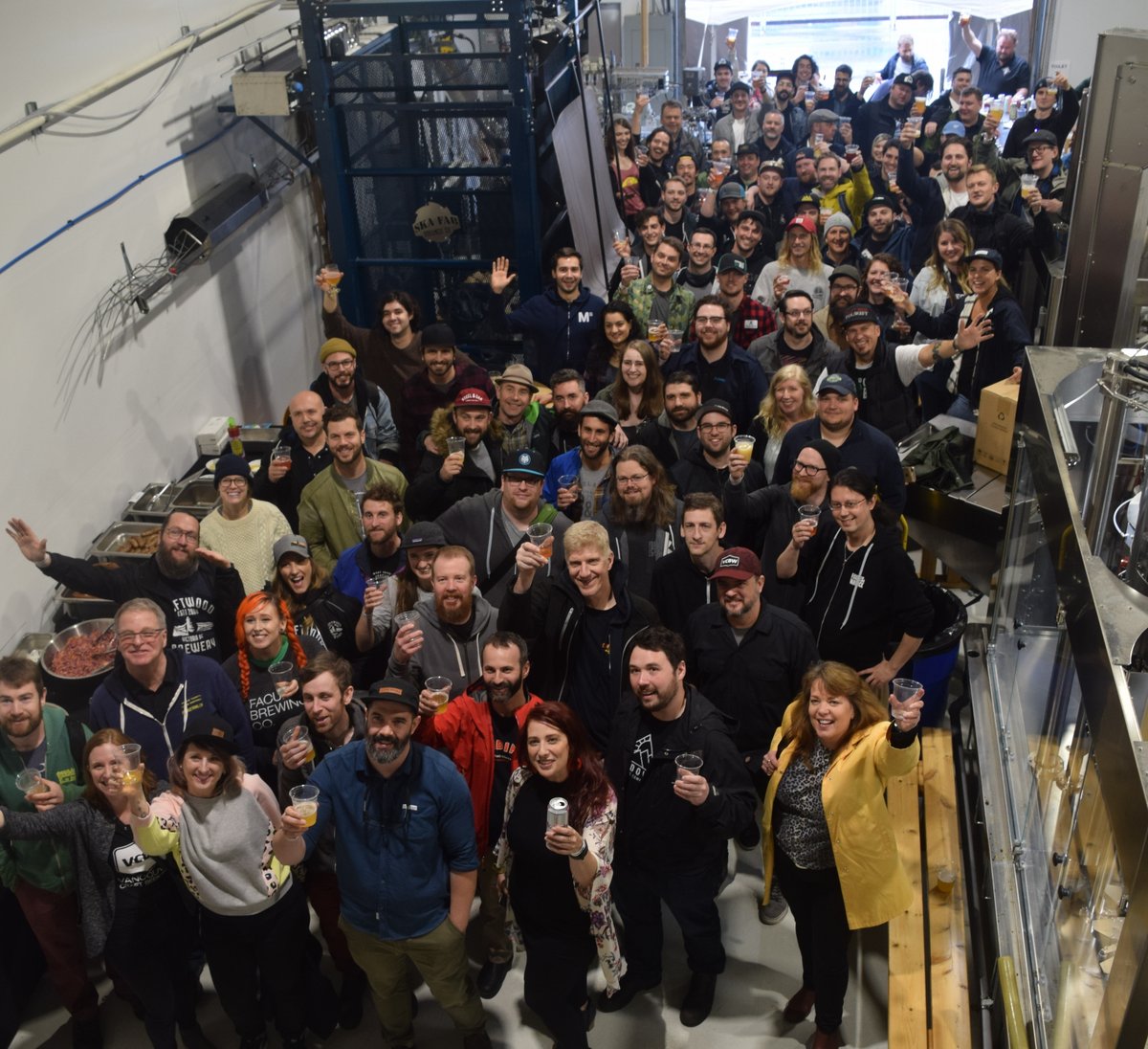 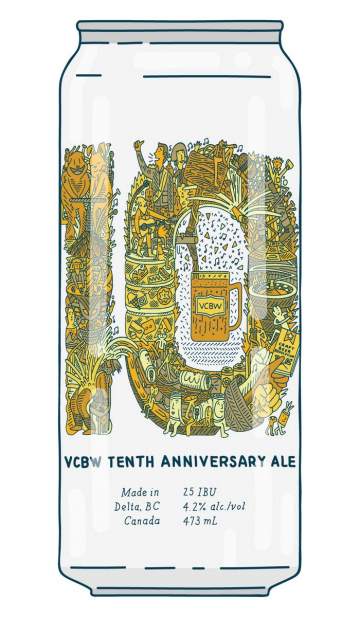 Just in time for Easter, long-laid plans have hatched and the secret is officially out! Crafted by Four Winds in partnership with Dageraad Brewing and Powell Brewery, the Vancouver Craft Beer Week 2019 collab beer, Ten, is a dry-hopped table saison that is bursting with tropical flavours, coming in at a nice and light 4.2%, making this an extremely satisfying summer beer. Partial proceeds will be donated to The BC Hospitality Foundation.

The beer is meant to pay tribute to the 10th year of VCBW, and its artwork certainly accomplishes that. Created by prolific Canadian artist Luke Ramsey to commemorate ten years of VCBW, the collage adorning this beer documents 10 individual moments from the past decade in BC craft beer, in Rube Goldberg cartoon style. More pics here →

Speaking of Four Winds: with last week’s disappointing Delta City Council news still reverbrating, they were the recipient of much commiseration from the visiting brewing community today. Global TV news was at the brewery during the above VCBW collab beer session, so you’ll see them in your evening news broadcast tonight.

The brewery has been quite candid regarding the significance of the setback to them. Yesterday, they released a public statement outlining and clarifying the details of their rejected Southlands proposal. They’ve invited supporters to make their voices heard. Details →

The BC Ale Trail initiative recently expanded its reach into a new area with the debut of its mobile app and rewards program. The app launched on March 31st with Victoria, Port Moody, Fraser Valley, the South Fraser area (New West, Delta, Surrey, Richmond), Penticton and Sunshine Coast covered. But as of today, the list now includes the North Shore, Kelowna, the Shuswap triangle area (Kamloops, Vernon), and mid-north Vancouver Island. Stay tuned for three more trails—Vancouver, Whistler and Squamish—coming to the app in just a few more days.

The app features a points-and-rewards system. For example, Longwood Brewery is offering Ale Trail point collectors a 16oz branded glass with the redemption of 100 points, gained by visiting breweries in BC. A quick tour of the app results in a good first impression. It’s available for both Apple and Android.

Speaking of touring breweries, check out a pictorial story by our contributor Brian K. Smith, previewed below, based on a recent trip to mid-Vancouver Island.

Brian kept busy this week too, playing host during an evening of ‘Beertography’ at Red Truck Beer. View the photos here.