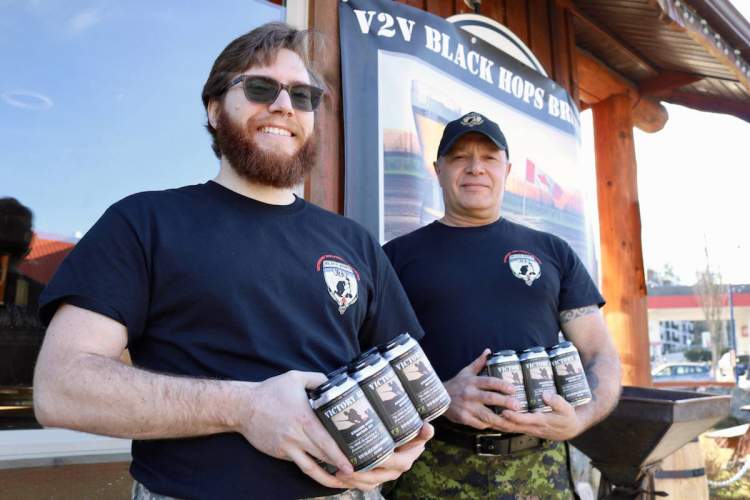 After the closure of Axe & Barrel brewing in Langford last Sunday, it has been announced that V2V Black Hops Brewing has purchased the space and equipment. The rumour of them moving in has been floating around for a few weeks now, but was confirmed this week.

For those not familiar, V2V is a veteran-run not-for-profit brewing company that donates a percentage of their beer sales revenue to veterans’ PTSD programs. They have been contract brewing for about a year now, first out of Twa Dogs, then out of Spinnakers. They currently have two products available on BC shelves: Victory Ale English bitter and The Brig kolsch.

Head brewer Duncan Blackman says that they hope to have six beers ready to go for a soft opening in mid-March, with a total of eight beers on tap for their grand opening in April.

The owners of Alley Kat Brewing, one of Edmonton’s earliest breweries, announced last week that they have sold the business after 25 years of ownership. In an interesting change from recent brewery sales, they sold to independent local owners rather than a multinational conglomerate.

The new owners Zane Christensen and Cameron French took over the brewery on February 3, while one of the original owners, Neil Herbst, remains involved in day-to-day operations in a full-time capacity.

“At a time when we are seeing some craft breweries being absorbed by large multinationals, keeping Alley Kat in independent hands was extremely important to us,” explains Neil Herbst, who was one of Alley Kat’s original founders back in 1994. “This sale will ensure Alley Kat continues to remain locally- owned and operated,” Herbst says.

Down in Colorado, a state-sponsored pilot project is underway, which is aimed at curbing greenhouse gas emissions from breweries. The project sees Denver Beer Co. recapturing the CO2 it emits during the brewing process and selling it to Denver dispensary chain The Clinic, to use in its cultivation process.

CO2 is produced in abundance during the brewing process and is seen as one of the most common and dangerous Greenhouse gases contributing to global climate change; however, this gas is commonly used by the marijuana industry to increase the growth rate of plants and increase yield.

Typically they purchase their CO2 from commercial distributors, but this method, which can capture more than 100,000 pounds of CO2 a year from a brewery, could supply it to them at about a 10th of the cost. Sounds like a win-win!

Motorworks Brewing in Florida recently launched a new beer called Adoptable Lager, which features a different adoptable dog on every can. The intent was to raise funds for a local animal shelter, but when Monica Mathis from Minnosota was scrolling through Facebook, she saw that one of the cans featured her dog Hazel, who went missing three years ago.

After contacting the shelter and verifying her ownership, they drove Hazel all the way from Florida to St. Paul, Minnesota to reunite the couple!