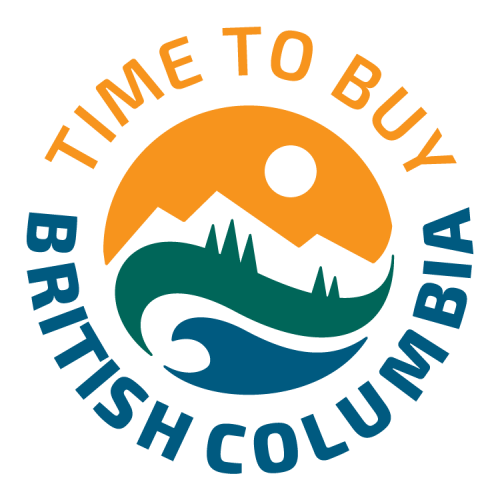 Time to Buy BC is a non-political organization made up of small & medium business operators who want to support BC business—and protect long term jobs in BC. The point is to encourage consumers to focus on products produced here in BC to boost our province’s economy during these challenging times.

The initiative encourages consumers to think about one of the thousands of BC companies that need their support next time they purchase alcohol. To verify the product is produced in BC, they can look for the Time to Buy BC logo on the company’s website or social media page, or visit www.timetobuybc.ca for a complete list of the local BC craft breweries, cideries, wineries, distilleries, and refreshment beverage companies they can support.

Sad news coming out of Vancouver this week, as Storm Crow Tavern on Commercial Drive announced that they will not be reopening, after having to closed due to the COVID-19 pandemic last month.

As a beer lover and fan of all thing fantasy and science fiction, this makes me incredibly sad. The good news is that they still plan to reopen Storm Crow Alehouse on Broadway (and the Manor in Toronto) if they can.

You’re probably getting a little tired of reading stories about breweries and distilleries dedicating tanks to produce hand sanitizer, but this one is a little different. Vancouver Island Brewing in Victoria was left with an excess of draught beer after all of the bars and restaurants closed, so they have donated it to Steelhead Distillery in Duncan, who are using it to help manufacture the precious disinfecting goop! I have to say, I have been a bit worried about all of those leftover kegs. Glad to see them put to good use.

Good news for morning drinkers, as the provincial government has announced that private liquor and cannabis stores may now open at 7 a.m. The idea behind the move is to accommodate elderly and immunocompromised shoppers, so they can get to the store before regular shoppers, much like grocery stores are doing.

I quite like the idea, as I’ve seen a lot of stores shortening their hours under the guise of protecting consumers (as opposed to their staff, who are important too) from the virus. I don’t really get the logic there, as it just causes more shoppers to be in the store (and crowding their staff) during the limited time period!

In conjunction with #TakeOutDay, CRAFT Beer Market is launching delivery and curbside pick up at select locations in the hopes of hiring back some of their team as well as providing meals to kids in need in the community.

Patrons can order select menu items, growlers of beer, spirits, and hard beverages from their website and for a small contribution of $5 have the option to buy meals for youth and children in need. They have also set up a Team Member Support fund with 100% of all gift card and apparel sales going to assist Team Members in urgent need.

When a 93-year old lady in Pennsylvania got down to her last 12 cans of beer, she decided to hold a sign in the window that read “I Need More Beer!” A local TV station shared the picture of her with the sign and a can of Coors Light in hand on Facebook and it went viral, being shared over 5 million times.

Once Molson got word of this, they decided to send her 10 cases of beer, for a total of 150 cans! She is quoted as saying, “You know what, beer has vitamins in it, it’s good for you, as long as you don’t overdo it.” Respect!

The popular online beer store, Tavour recently listed individual cans of Anchorage Brewing’s acclaimed A Deal with the Devil on their site for $50 USD per can! According to Washington Beer Blog, “people went to extremes in hopes of tricking the queue—using multiple accounts under different emails, convincing friends to order for them, and hitting the purchase button repeatedly until the entire stock sold out.  Someone even posted a photo of their fingers hovering over the Get It button on four different phones, simultaneously.”

I’m a big fan of barley wine, but that is insane! #BiL

Wild Haven Brewery in Atlanta Georgia has released a new beer called Don’t Stand So Close to Me and one in honour of Dr. Anthony Fauci called Fauci Spring. They also have an upcoming release called We Will Meet Again.

See Isolation Nation from Persephone Brewing as a BC example in my New Releases list below. But honestly, I’m surprised we’ve not seen more local breweries do this—though I guess Phillips recently re-released their Pandamonium IPA in early March, right before everything went to hell.