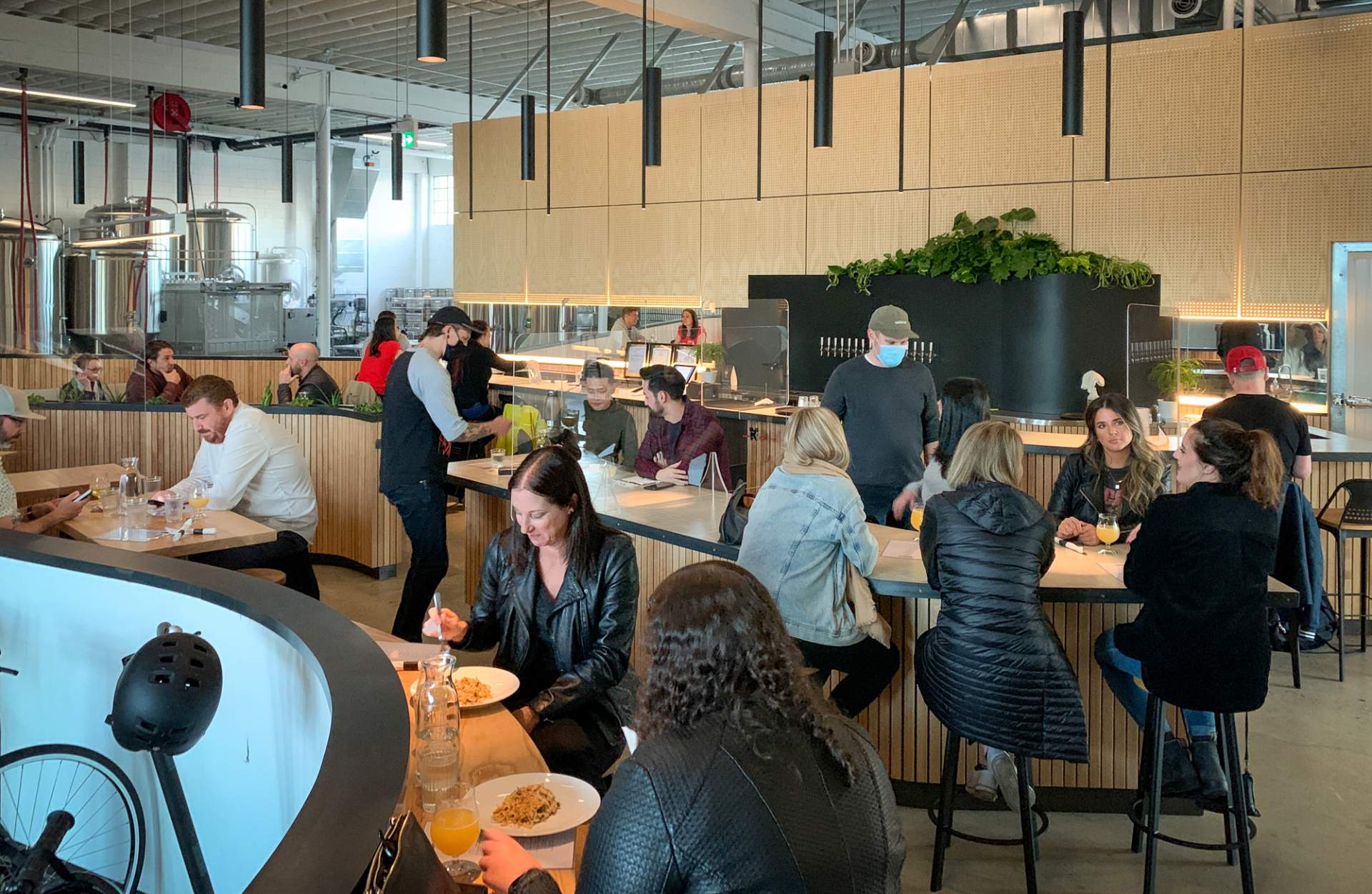 Superflux opened their new brewery two months ago, but at the time they only opened the retail section for off-sales and hot dogs to go. Even so, people were lining up down the block to get a sneak peek. Well, get ready to camp out on the sidewalk, because they have now announced that they will be opening their full lounge at 12PM on October 16.

Located at 505 Clark Dr, the new lounge has seating for 60+ people, but due to health restrictions they will open with a reduced capacity of 35–40. They plan to have 9+ beers on tap at opening and will be offering a menu of fancy hot dogs and salads.

We’ve already mentioned that October is BC Craft Beer Month as well as Whistler Beer Month, but this Friday marks the start of Penticton Beer Week. Until October 24, all seven of the city’s breweries will be holding special events to showcase why Lonely Planet named Penticton as Canada’s Craft Beer Capital.

To mark the occasion, they have released a special collaboration brew called The Penticton Seven, which is a hazy pale ale that was hopped with Ekuanot and El Dorado. The beer is available at many private liquor stores and a portion of the proceeds will be donated to the BC Hospitality Foundation (BCHF). The BCHF is a registered charity that raises funds to support those in the hospitality industry facing financial crisis due to a health condition. The BCHF will allocate these proceeds to Okanagan-based recipients.

Our eagle-eyed friends over at Beer Me BC have spotted a job listing for a head brewer for a new brewery coming to Creston. Wild North Brewing Co is preparing to open their doors in Spring 2021 and say that their mission is to bring an authentic craft beer culture to their hometown in a way that honors local tastes while offering a platform into a new, adventurous world of craft beer.

The posting states that they will have a 10HL brewhouse and will become one of the core pillars of the downtown area, offering locals a modern tap room with an atmosphere that is authentic, engaging, and inviting to all walks of life. Brewery Job Posting →

Red Bird Brewing has received approval from Kelowna city council on a development permit for a large expansion and renovation project. The owners intend to expand the current building to a 100-person capacity indoor space, complete with a full-service kitchen and on-site beer production facility. In the adjacent empty space, they have plans for a rooftop patio, turf bocce court, elevated music stage, dog run, and 80 bicycle parking spaces.

You may recall that earlier this year that Foamers’ Folly released a beer called Kråbøl in collaboration with Amsterdam Garden Centre in Pitt Meadows. The beer was brewed with quince from their family tree and fermented with Norwegian kveik. Recently, the brewery was contacted by a man called Hans Kråbøl from Norway after he found the beer online and wondered why they named it that. They explained that is was named after an early 19th century ship captain named Hans Kråbøl who facilitated trade between Amsterdam and Norway. They chose the name due to the Norwegian yeast and the quince from Amsterdam Garden Centre.

As it turns out, the late captain Kråbøl was Hans’s great great great granduncle and he sent along photos of paintings of the 19th century captain, as well as a model of his ship. Luckily the brewery was able to locate one last 4-pack of the beer to send over for him and his family to enjoy. Pretty cool! Full story →