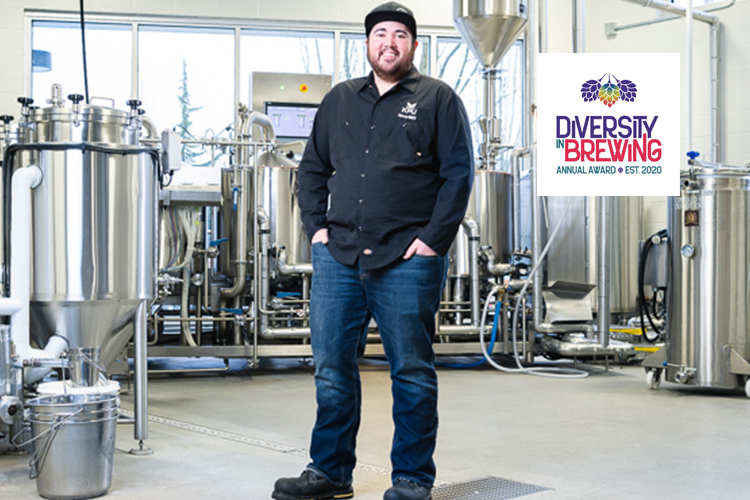 Three Kwantlen Polytechnic University brewing students have been selected as the first recipients of the Diversity in Brewing scholarship—a grassroots initiative dedicated to supporting BIPOC and LGBTQ2S+ folx in the craft brewing industry and community.

Alexander Paul, Nishant Amin, and Jasper Bautista were awarded the new scholarship that will be given out annually to one or more second-year students who self-identify as BIPOC or LGBTQ2S+.

Apparently the initial goal was to engage 25 breweries, but more than 35 breweries contributed, which allowed them to split the funds between three students.

In a time when there is a new grim industry story every other week, this gives me hope!

The Vancouver-Based company Enjoy Craft is providing an online North Shore craft beer festival experience. Consumers are able to order a box of nine hand-selected craft beers from select North Shore breweries to sample at home and they also offered a live stream to accompany the box on Canadian Beer Day, featuring the breweries and brewmasters who made the beers. While this date has passed, they still have boxes available and proceeds going to St. John Ambulance of British Columbia.

Enjoy Craft says that they plan to offer similar online festivals in the future.

We Are Running Out of Cans… Again

Since March, craft beer has faced doom many times, due to shutdowns, a lack of bottles, a lack of cans, and more. This time, Sleeman and other large Canadian breweries are claiming that they are unable to secure enough cans to meet supply and are having to bottle more beer than normal.

The FP article cites stats from Beer Canada that says that in the past five years, cans have grown to 65% of all beer sales, from 40%, while bottles fell to 25% of sales from 50%. I had noticed this trend happening, but its interesting to see some statistics on it.

Hopefully they fix this shortage soon, because I don’t want to go back to the dark ages of drinking beer out of bombers, listening to music on a chunky iPod, and watching movies in 1080p!

Oh boy, this one is a real cautionary tale. Alberta Health Services has ordered Mill St Brewpub to close its doors after multiple violations of a public health order. It is reported that they held an indoor social event with 85 patrons in attendance with no physical distancing measures; there were patrons seated at the bar and there was no barrier installed to prevent contamination of food, food contact surfaces and glassware; patrons were crowding around the bar to order drinks; seven patrons were seated at one table; multiple dining parties were seated less than two meters apart.

Here is the kicker though: a patron served food from the buffet using their hands. I’m really hoping it was chicken wings or bread rolls and not pasta or salad.