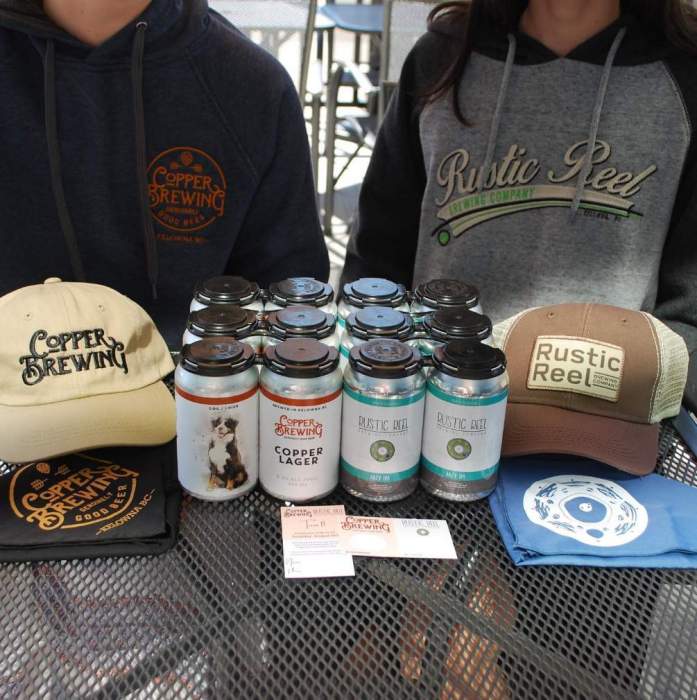 To mark the occasion the breweries are having joint birthday celebrations and will be handing out stamp cards that will enter you into a draw to win merchandise from both companies. After you purchase a pint you will receive a stamp; a stamp from both breweries is required to enter the draw. You can collect stamps on both Saturday and Sunday.

If you’ve been to a liquor store at any point since the pandemic started, you may have noticed that it’s always busy, as people stock up on liquor to deal with all of the stress. This has been very hard on employees and the staff at Jak’s in Maple Ridge say that while liquor store profits have increased during the pandemic, it hasn’t translated into improved conditions for essential workers.

To address this, 75 percent of employees at the location voted “yes” to forming a union under the umbrella of the Service Employees International Union Local 2 last week.

Employees are hoping that joining a union will help them deal with issues like low wages and inconsistent work hours, and they encourage other locations to follow suite.

Down in Australia, they’ve come up with an environmentally friendly way to deal with beer left sitting in closed bars and restaurants during the pandemic. At the Glenelg Wastewater Treatment Plant, close to Adelaide in South Australia, millions of litres of unused beer from local breweries have been converted into renewable energy to power their water treatment process in recent months.

The facility mixes organic industrial waste with sewage sludge to produce biogas, which is used to power the facility. They say that this process usually generates enough biogas to provide about 80% of its energy needs. The recent influx of beer has boosted production, allowing them to generate 654 megawatt hours in a single month, which is enough to power 1,200 houses.

Scottish beer giant Brewdog has announced that it is the world’s first international beer business to become carbon negative. They achieved this through a £30 million investment plan that includes projects like BrewDog Forest in the Scottish Highlands, which is a 2050 acre site where they plan to plant one million trees and restore 650 acres of peatland.

Love them or hate them, this is an admirable achievement. With everything going on in the world right now, it’s easy to forget that we are heading for an environmental crisis, but these things are still incredibly important.