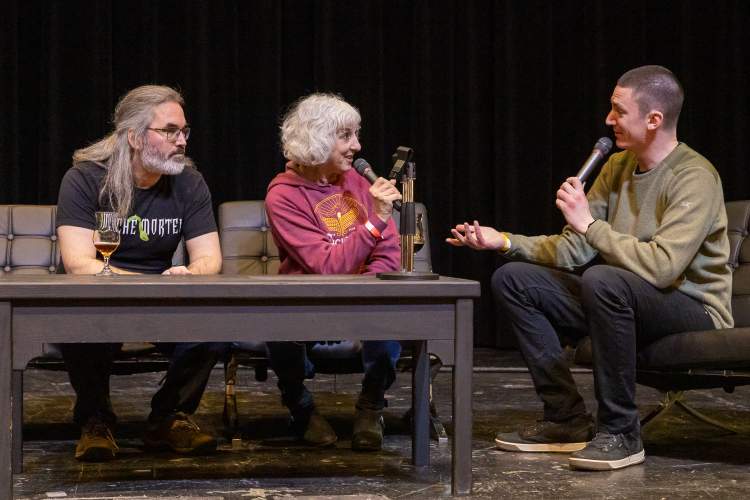 Following on from last week’s story on Parallel 49 offering to donate partial proceeds of Ruby Tears sales to a charity of Ricky Gervais’ choice, the British celebrity finally nominated Esther the Wonder Pig as the recipient.

Esther is a social media sensation with 1.5 million followers on Facebook and 600K on Instagram. In 2014, her adoptive dads founded Happily Ever Esther Farm Sanctuary,where they rescue and rehabilitate abandoned and abused farmed animals. Seems like a worthy cause!

Four Winds Brewing announced this week that they raised a grand total of $20,623.36 from their February Cheers for Children charity concert benefiting the Reach Child and Youth Development Society—just beating their record from last year. Well done to everyone involved!

The Rotary Club of Nanaimo North has launched an interesting fundraising project called Craft Beer Crawl. For a $25 donation to a charity of your choosing, you get access to the Craft Beer Crawl pass (app or gift card), which provides you with over $200 worth of offers when you visit one of the 23 participating breweries on Vancouver Island, the Sunshine Coast, and the Sea to Sky corridor.

RateBeer’s Best of the Year

Brassneck was voted as best taproom in BC, Spinnakers as best brewpub, and Legacy Liquor as best bottle shop. Full story →