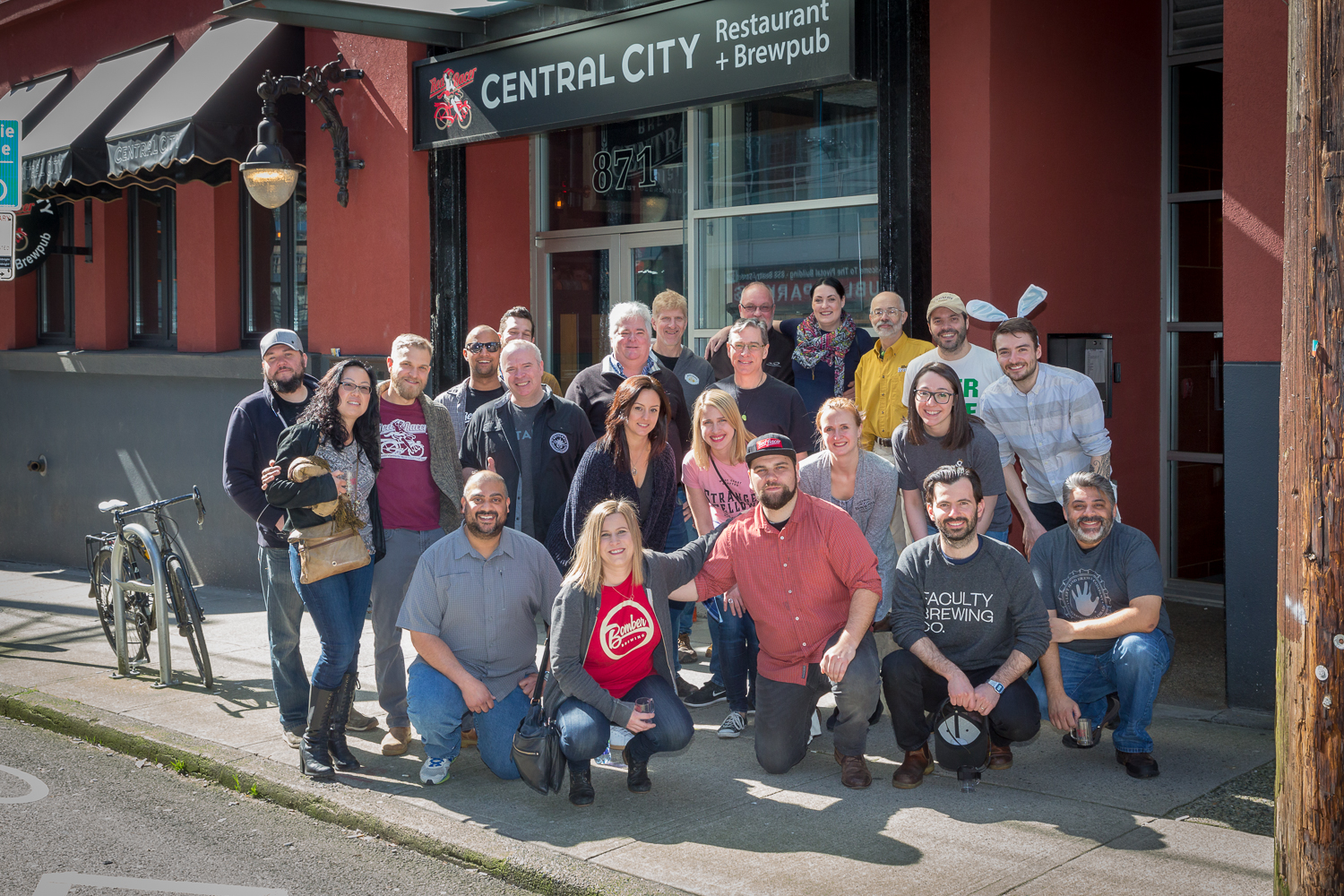 Central City Brewery and Distillers has has closed the doors of the Red Racer Taphouse in Vancouver’s Yaletown district. Apparently their social media went quiet some time ago and then on October 30 they just didn’t open. They haven’t made a public announcement, but the fact has been confirmed by a Central City representative.

It’s a bit of a shame, as the location has been open for five years—following five years of closure after seminal Vancouver craft beer gathering place DIX BBQ & Brewery went dark in 2010—but such things are a sad inevitability of the current environment.

A few months ago we mentioned a story on the Tyee challenging BC breweries to make a make a beer with ingredients sourced from within 100 miles of their location.

This week, Strange Fellows Brewing responded to the challenge by releasing their 100-Mile Pale Ale. The barley was grown and malted at Locality Brewing in Langley, the hops were grown at Bredenhof Hop Farms in Abbotsford, and the yeast came from Bright Brewers Yeast at UBC.

The beer is a West Coast pale ale with an assertive bitterness and a round malty body. They say that the hops bring less ripe fruit and more earth, citrus peel, orange, and resin flavours. The malt backbone is responsible for the round body and subtle sweetness that balances these hop characteristics.⁠⠀

It is available on tap only in their tasting room.⁠⠀

The BC Ale Trail is asking craft beer fans to nominate breweries for their 3rd annual Best Brewery Experience award.

Nominations are open until November 15 and the winning brewery will receive a feature blog, as well as a news release sent out to Canadian media and a custom digital media campaign.

Last year the prize went to Land & Sea Brewing in Comox, while in 2018 is was awarded to Townsite Brewing in Powell River.

Advent Calendars are Back

Much like pumpkin beers, advent calendars are a divisive topic in the craft beer industry. This year, it seems like their popularity might be waning, because the offerings are becoming a bit more limited.

Parallel 49 Brewing is once again releasing a mixed 24-can pack, with a different can per day of advent, and Phillips Brewing is sticking with last year’s model of 12 beers (tall cans this year) to mark each day of Christmas (December 25 to January 6). It looks like Central City Brewery is taking a bit of a different approach though, with a 24-can pack containing 4 cans each of six different beers, designed to drink whenever you like.