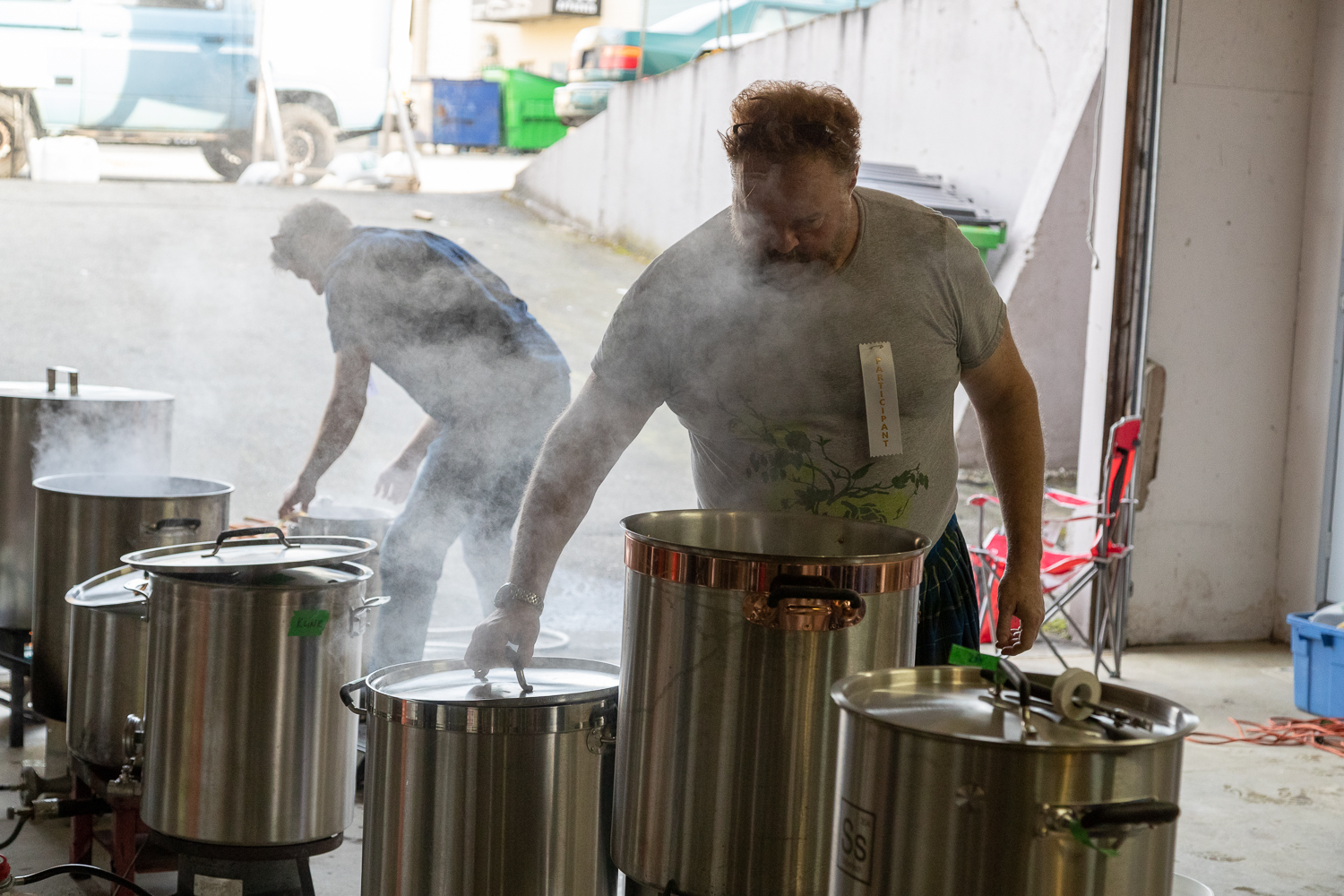 Trading Post Brewing might be flying under the radar for some BC beer fans, but it’s become a hub for the burgeoning Fraser Valley beer scene. Their third anniversary party in early February 2019 bore testament to that, as members of a handful of Valley ‘brewcomers’ including Northpaw Brewing, Fraser Mills Fermentation Co., Smugglers’ Trail Caskworks Ltd., Farm Country Brewing, Five Roads Brewing Co., CAMP BEER CO. (and its point of origin, the Full Barrel Brew Club) filed in to pay homage to what, by contrast, feels like a veteran brewery after only three years. Check out their amazing story >>

In just a few weeks, it’s time for Okanagan Fest of Ale. That’s one of the best times to head over to Penticton and find out what makes them one of the best craft beer towns in Canada. Our own Kim Lawton has the lowdown on exactly what’s happening in the South Okanagan this spring. Preview below! Full story >>

Spring Issue featured on Just Here For The Beer Radio

Recently, we previewed the Spring 2019 issue of WB magazine with JHFTB’s Joe Leary and Rick Mohabir. Discussion our cover story, including Trading Post owner Lance Verhoeff’s height and good looks. Also our latest Tasting Panel Presented By Legacy Liquor Store’s pilsner spotlight. Discussion of why everyone needs to get to the Czech Republic. Listen to latest full episode | Listen to just the What’s Brewing segment >>

It’s BC’s first large annual fruit beer festival, to be held in Abbotsford on August 24th. You can pick up your tickets and start browsing the beer vendors at www.fruitbeer.ca starting Saturday at 10 AM. Find out more about the festival here | Tickets

The Comox Valley Curling Club is hosting a Battle of The Breweries Keg Curling Fundraiser — a spectator-friendly and fan-participation event this Saturday, March 23 at 8 p.m. Full story >>

With over 7500 breweries in North America and close to a thousand more coming on line each year, there’s a significant need for differentiation in the marketplace. With this in mind, design marketplace DesignBro has put together its take on the How-Tos of Craft Beer Design.  END_OF_DOCUMENT_TOKEN_TO_BE_REPLACED