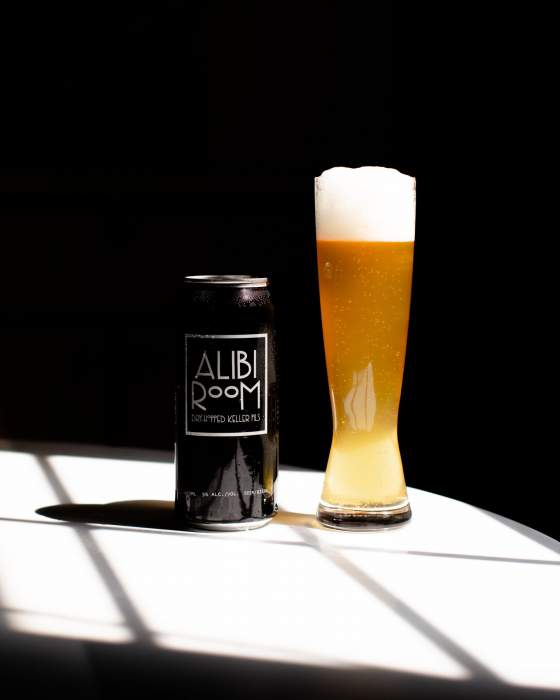 A group of Lower Mainland breweries have collaborated on a special beer to help support the Alibi Room in Vancouver, along with two local organizations. Called simply Alibi Room, the beer is a dry-hopped Keller Pils that was brewed at Four Winds in collaboration with Dageraad, Steel & Oak, Superflux, and Brassneck.

They were inspired to brew the beer after seeing the effects of the pandemic on the place where they first fell in love with craft beer, hastily sketched their own brewery plans, and eventually saw their first beers bringing other people together as well.⁣

While partial proceeds from the sale of he beer will go towards the survival of Alibi Room, the majority will actually directly support two organizations working with Indigenous and POC communities in the city: Urban Native Youth Association and Downtown Eastside Women’s Centre.

The Tyee Challenges Brewers to Make a 100-Mile Beer

15 years ago Alisa Smith and J.B. MacKinnon made headlines with their 100-Mile Diet experiment, when for a whole calendar year, they documented the struggle to only eat foods grown and produced within 100 miles of their home.

During that time they were not able to drink any beer at all, because while hops, barley and wheat are all grown in B.C., many breweries import at least some if not all of these ingredients. That’s not even getting into adjuncts like fruit, salt, coffee, etc.

With this in mind, the Tyee has put out the call for breweries and home brewers to let them know if they are making a beer with ingredients sourced from within 100 miles of their brewery and/or home.

If you make or know of such a beer, send them a message at editor [at] thetyee.ca to get featured.

Yesterday, Vancouver city councillors were scheduled to vote on a bylaw change to allow breweries and distilleries to build patios. The outcome of the vote isn’t yet known, but we’ll be sure to let you know the result when we found out.

Many of the brewery tasting rooms within the city are very small spaces, so with mandatory physical distancing in place they are having to reduce their capacities to the point where it’s barely even worth opening.

Fingers crossed that they get this much needed approval.

It seems that the Vancouver Park Board has decided to delay their pilot project that was set to allow alcohol consumption in 10 parks, asking staff to revise and improve the proposal.

One of the things they have been asked to include is a requirement that liquor in parks may only be consumed with a meal.

That’s pretty absurd! To me it seems like they are just putting up roadblocks and will probably block it like Saanich and Vernon did. Stay tuned.

While not a BC-based brewery, many of Colorado-based Trinity Brewing’s beers are often seen for sale in liquor stores across BC. Even if you’ve not tried them, you are sure to recognize some of their “unique” artwork.

This week, it was revealed that brewery founder Jason Yester has sold the brewery and intends to get out of the craft beer business entirely.

He says that he no longer connects with the industry and is tired of the lack of creativity and the rise in popularity of hazy IPAs, puréed fruit beers, and pastry stouts.

I can certainly understand that. I’ve definitely noticed a few local breweries that used to make a number of different style, now putting out slight variations on the same hazy IPAs and fruited sours. Food for thought!