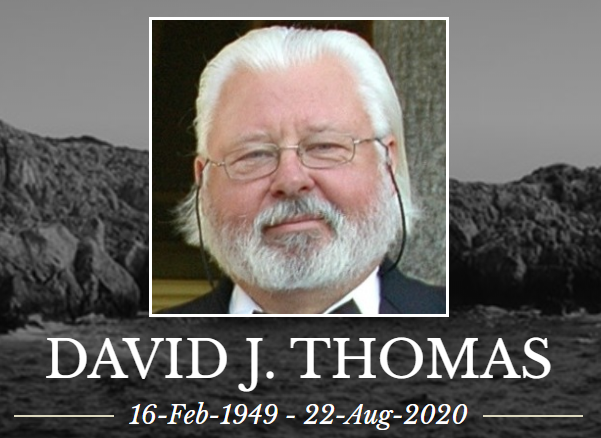 Last week, Lighthouse Brewing shared the sad news that their co-founder David Thomas had passed away at age 71.

Along with co-founding Lighthouse Brewing Company in 1998, David was a highly regarded environmental scientist who co-founded Seakem Oceanography Ltd., which later became the AXYS Group of companies, and today AXYS Technologies Inc.

I used to work at AXYS many years ago and was even lucky enough to get a little tour of Lighthouse with him back in about 2006 (I think).

My deepest condolences go to his family and friends. You can read his obituary here.

As summer draws to a close and COVID-19 infections begin to rise, the Government has decided to bring in tighter restrictions on licensed establishments. Starting immediately, all nightclubs and banquet halls have been ordered to close and liquor sales at all bars, restaurants, and brewery tasting rooms must cease by 10 p.m. Additionally, establishments playing music or airing shows on TV must keep the volume no louder than conversation level, to prevent patrons from shouting, and thus spitting.

This is definitely going to be tough for businesses, but as the weather cools more people are going to be heading inside, so the risk is going to be greater. Let’s just hope they don’t take more drastic measures if the infection rates don’t decline.

As a side note, can we keep that rule about music levels on a permanent basis? I go to a pub to talk to friends, not to listen to ’90s pop hits.

This week marks the first anniversary of Ace Brewing in Courtenay on Vancouver Island. They will be marking the occasion with a little birthday bash this Sunday. Check out the events section for details.

Also celebrating an anniversary this week is the popular beer review / check-in app Untappd. For 10 years now, they have been providing awkward craft beer nerds with a great way to avoid interacting with other humans in a crowded tasting room. To celebrate the occasion, they will be collaborating with Dogfish Head on the recipe for a beer called I Remember My First Check-In.

The recipe will be made available to brewers in the same manner as the recent All Together and Black is Beautiful recipes, so they can brew their own versions of it. Participating breweries are expected to source at least one ingredient at market value directly from a grower or supplier within 100 miles of their brewery.

Direct beneficiaries of the 10th Anniversary celebration and initiative include the Restaurant Strong Fund and the Michael Jackson Foundation for Brewing and Distilling.