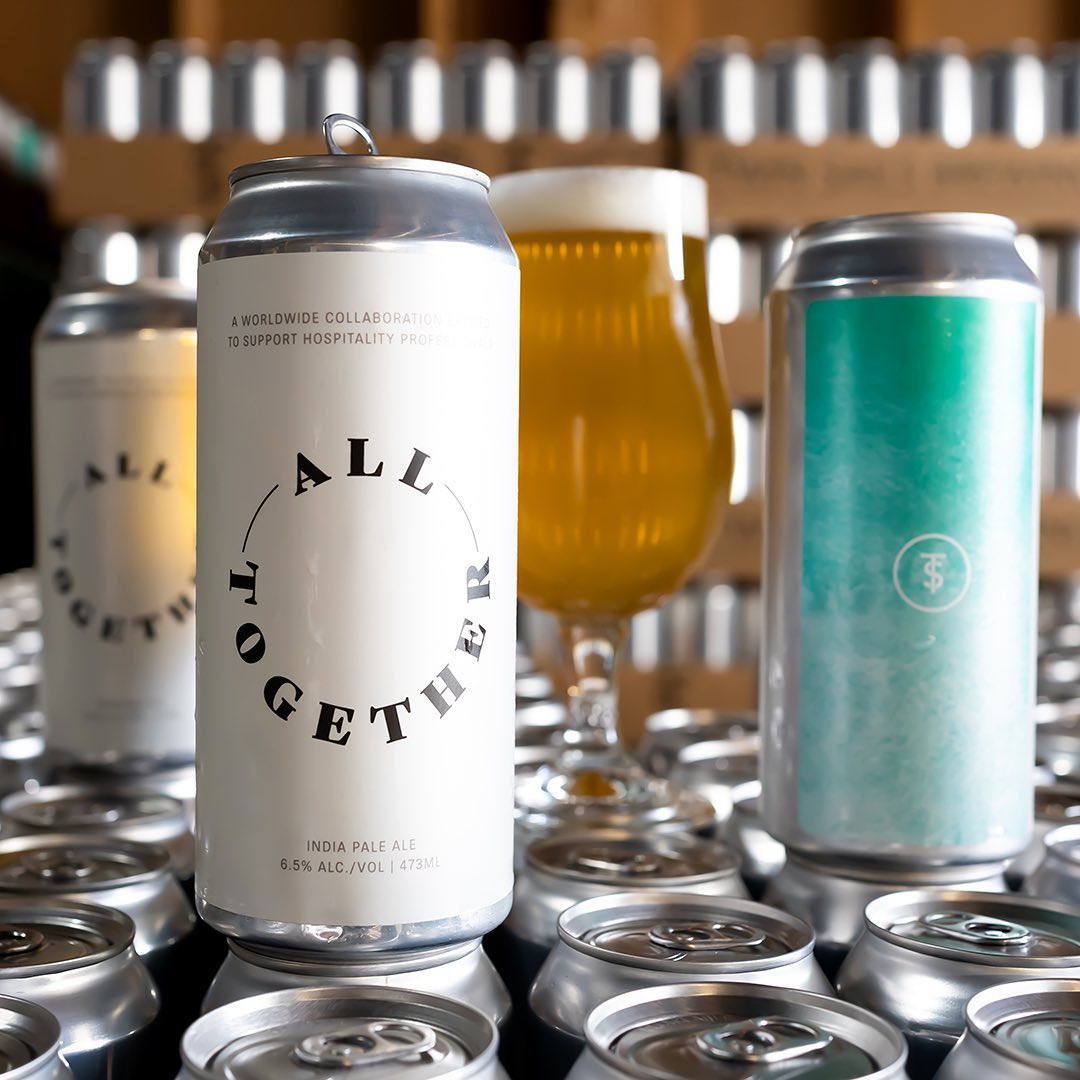 A couple of weeks ago, I mentioned Others Half Brewing’s worldwide beer collaboration called All Together—created to raise funds and awareness for the hospitality industry. At the time, I mentioned that only Superflux Beer Co. in Vancouver and Neighbourhood Brewing in Penticton had taken up the challenge, but since then, a few other BC breweries have thrown their hat in the ring.

This week, Twin Sails Brewing in Port Moody released their own version of the IPA and will be donating $4 from the sale of every four-pack to Vancouver Food & Beverage Community, with funds going directly to our Hospitality Professionals.

Another Beer Co. in New Westminster recently releases their version too. Partial proceeds of their will be given back to the New Westminster community of hospitality along with some donations going to Say Mercy! and their staff meal initiative.

I love how small businesses who must be struggling in this climate are still able to come together to help their communities!

Many beer stores in Manitoba have been plagued by half-empty fridges recently, after the province’s largest supplier of beer was hit with a computer virus. Brewers Distributor Ltd. (BDL), who supply popular beer brands across western Canada, was the victim of a cyber-attack March 25, which has impacted the company’s ability to process orders from liquor stores. Apparently the issue has also caused shortages in Alberta.

This comes on the heels of a cyber-attack on Ontario’s Beer Store, which made them go cash-only last month. What the heck do these hackers have against beer?

CRAFT Beer Market in Vancouver’s Olympic Village has submitted a development application to the municipal government to construct a 68-seat patio in an unused outdoor space on the north side of their building. Good for them, but it’s a little hard for me to imagine 68 people sitting together in the same place right now!

Global News did a short piece this week on how COVID-19 has affected the Vancouver craft beer scene. The story features interviews with Iain Hill of Strange Fellows and Ken Beattie of the BC Craft Brewers Guild. The whole piece is a little doom and gloom, to be honest, talking about how 1 in 5 breweries are expected to close and how everyone is struggling to keep the lights on with off sales. I’d much rather they focused on how you can help support local breweries by ordering beer from them, but I guess that’s not good TV.