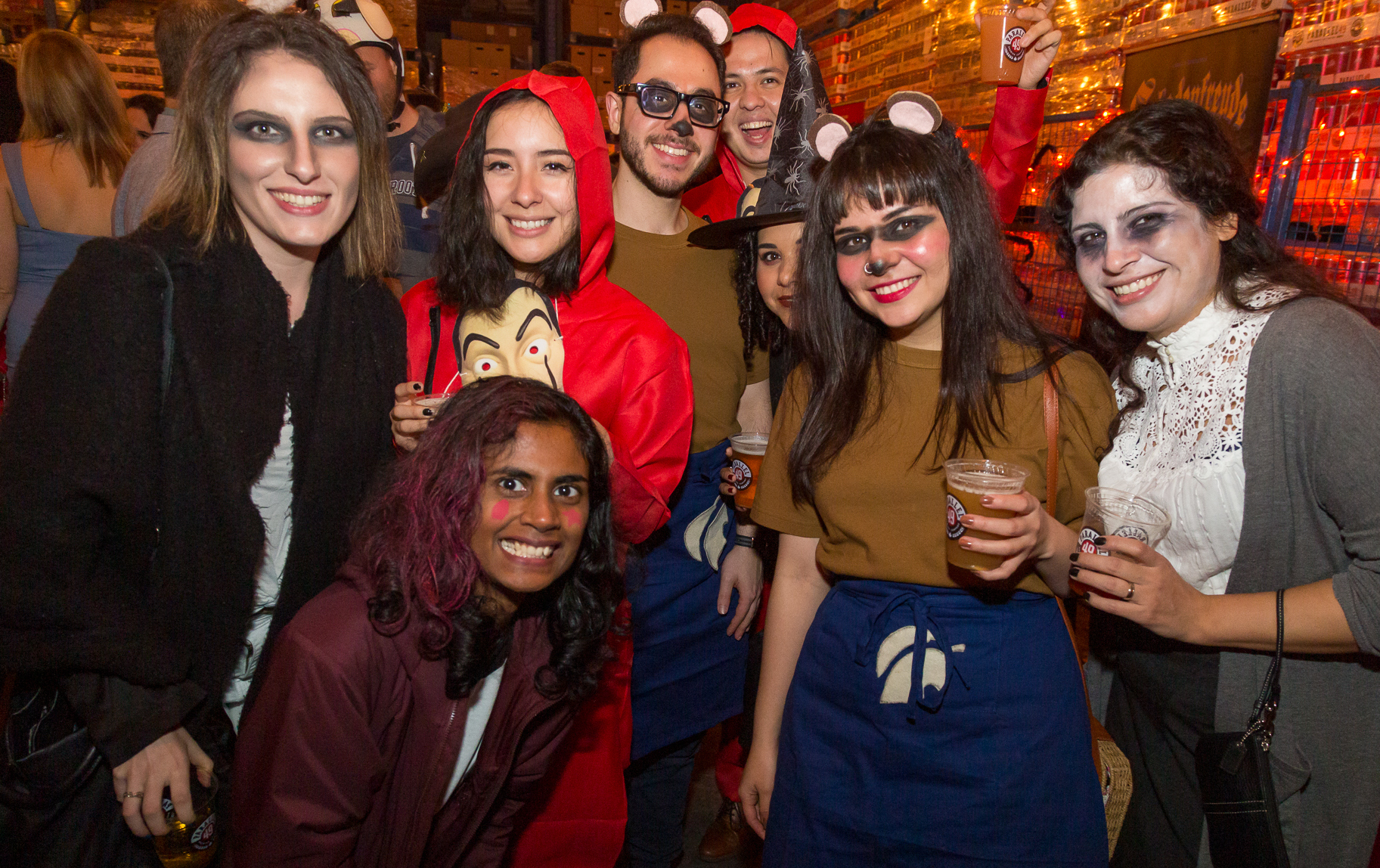 It’s the 200th edition of Hopline, BC’s Craft Beer Newswire. After four years of this, we have to wonder: is there anywhere else with craft beer e-news that’s this fanatical? Think about it: you might just be receiving the greatest weekly electronic newsletter the world of beer has ever known. And it’s all inspired by Canada’s most outstanding beer scene. Tip one back for that.

While you’re at it, check out Ed Kaye’s events update, where he previews tonight’s frighteningly full Halloween Events Calendar. Also, Happy Birthday to a whole whack #BCCraftBeer community members. See our Brewery Birthday Calendar for a list of upcoming celebrations. Ed has the highlights below.

It’s a good time to step back from the regular BC beer news and look at the wider picture. It really is a time of massive change in the beer world that exists outside just our own small independent breweries. Read on.

It’s been a rough millenium for the multinational brewing industry. But this week is particularly depressing for those that are annoyed by craft brewing and prefer those “coldest-tasting” Silver Bullet-type beers. In the past day, news has broken that Molson Coors (which just opened a huge new facility in Chilliwack) will be shedding hundreds of jobs (mostly administrative in US, not here) and moving the centre of its operations to Chicago, away from its long-established bases in Colorado (Coors) and Milwaukee (Miller). They’re also actually renaming their company from “Brewing” to Molson Coors Beverage Co. They’re moving away from their “regular” beer focus, which is constantly losing share, to things like the “RTD” ready-to-drink refreshment beverage category (including mixed drinks and seltzers) as well as cannabis-infused beverages. Of course, their “craft and crafty” subsidiaries are doing better than their traditional cash-cow brews. Check out this aptly-named Vice magazine article:

Case in point this week: Boston Beer Co. (Samuel Adams) just reported that although their regular beer side is declining, they’re still seeing positive results in their non-beer specialty beverages, and from their new subsidiary, craft darling Dogfish Head. Basically, “old beer” is increasingly perceived as just that, even when it’s relatively young Sam Adams. Story →

Another huge trend that’s breaking: non-alcoholic beer. Anecdotal evidence from social media also seems to demonstrate a budding sentiment similar to (but not as ferocious as) the anti-drinking movement that caused so much havoc a century ago. Central City Brewing may be onto something big with their Street Legal N/A series.

The Quarterly Pour, formerly known as The Publican, is the magazine of BC’s pub and liquor retail industry. The just-released Winter issue features a piece by What’s Brewing editor Dave Smith—with input from Molson Coors and Ken Beattie of the BC Craft Brewers Guild—that addresses the aforementioned topics and talks about trends in breweries merging with breweries, including here in BC. Full story on page 15 →

Speaking of the business of craft beer: the longest-running survey of the BC craft beer community officially kicks off tomorrow! Beer Me BC (partner site to What’s Brewing, and BC’s most-visited craft beer resource) has been conducting its industry survey since 2012 and providing fascinating results. You can be a part of it by voting for your favourite brewery, cidery, event and more. We also ask you, the BC beer consumer and/or industry member, for your opinion on various topics.

There are serious potential perks for submitting a survey response! We have a grab bag of prizes that will be awarded to a number of lucky participants (see Beer Me BC for details tomorrow). Get in on the survey with early access right here:

Hats Off: Okanagan Fest of Ale

The amazing Okanagan Fest of Ale has once again asserted itself as BC’s premier craft beer fundraiser. As has been done in previous years, they’ve raised an astounding amount ($60,000) for local charities in the South Okanagan. Only a community-based volunteer event like OFOA can achieve that kind of result. Full story →