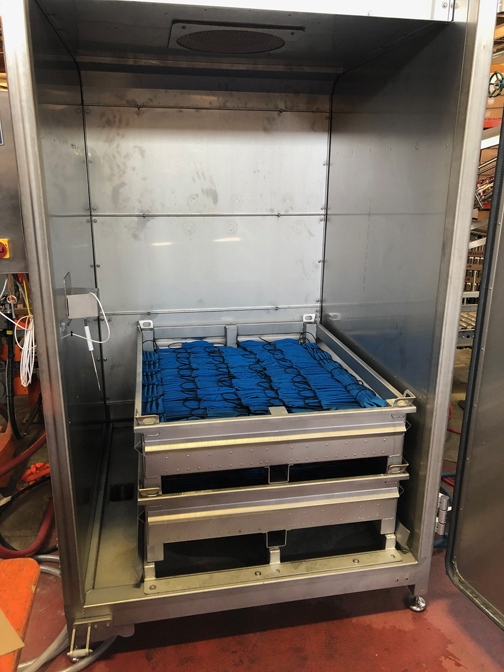 I’m sure that many of you caught John Horgan’s announcement yesterday about plans to relax COVID-19 restrictions from mid-May. The big take-away for beer lovers is that restaurants and bars could start to open again in June. The Premier said that the process will be guided by the B.C. Restaurant and Food Services Association, and will have to be approved by WorkSafeBC. Brewery tasting rooms weren’t specifically mentioned in the announcement, but I have a feeling that they will fall under this umbrella.

Here’s the bad news part though, restrictions on gatherings of over 50 people will contine until we have a vaccine or achieve herd immunity. A vaccine might not be available for another year and the WHO says there’s currently no evidence of herd immunity. So if you have a have tokens left over from last year’s Great Canadian Beer Festival, you are going to need to hold onto them for a little longer.

Sticking with the bad news, it seems that Boundary Brewing in Kelowna has closed its doors. Owner Oliver Gläser says that they sold the brewery last week to Simon Welton, who plans to open Welton Brewery in the space, which will be brewing British-style beers.

Gläser plans to keep brewing test batches on his farm and may begin contract brewing after the summer.

Sad news from Washington State this week, as it was announced that Pyramid Brewing’s Alehouse location in Seattle has permanently closed after 30 years of business. FIFCO USA, the company that owns Pyramid Brewing, cited the need for “high volume sporting and entertainment events to off-set the much slower restaurant business during non-peak times.” The Alehouse was located opposite T-Mobile Park and Century Link Field, and relied on the big crowds going to those venues coming in for food and drink before and after games.

Apparently, most of their packaged beers is made in a facility in Portland, so the beer will still be available to purchase at stores.

Steamworks Lives Up to Its Name

Steamworks Brewing in Burnaby made the news this week, because they have offered their steam-driven pasteurizer at no cost to the Provincial Health Services Authority and health authorities in Washington state, to use to decontaminate N95 respirators.

The pasteurizer was originally purchased for laboratory use in new product development and for preventing re-fermentation from occurring in beers with high sugar content like radlers and barrel-aged beers.

They aren’t using the equipment right now, so they have offered it to any facility that can make use of it. Health Canada has said that any registered hospital may use the equipment without any further regulatory authorization.

Steamworks CEO Eli Gershkovitch says that, “With steam, our pasteurizer can decontaminate 1,200 masks per cycle, and approximately 10,000 N95 masks per day. Using steam, each mask can be decontaminated up to three times.” He added that Hydrogen peroxide vapour allows them to do about 5,000 masks a day, but they can be decontaminated a maximum of 10 times before needing to be discarded.

Hopefully someone takes them up on the offer!

The Alcohol and Gaming Commission of Ontario (AGCO) has temporarily suspended a requirement that say that cideries need to grow at least five acres of their own fruit before they can sell directly to customers. This regulation has prevented urban cideries who can’t grow their own apples from opening retail stores or selling their product online during the COVID-19 pandemic. Suspending this restriction should provide them with a valuable lifeline in these tough times.

There are hopes that this will turn into a permanent change in the Ontario regulations. BC urban cideries take note.