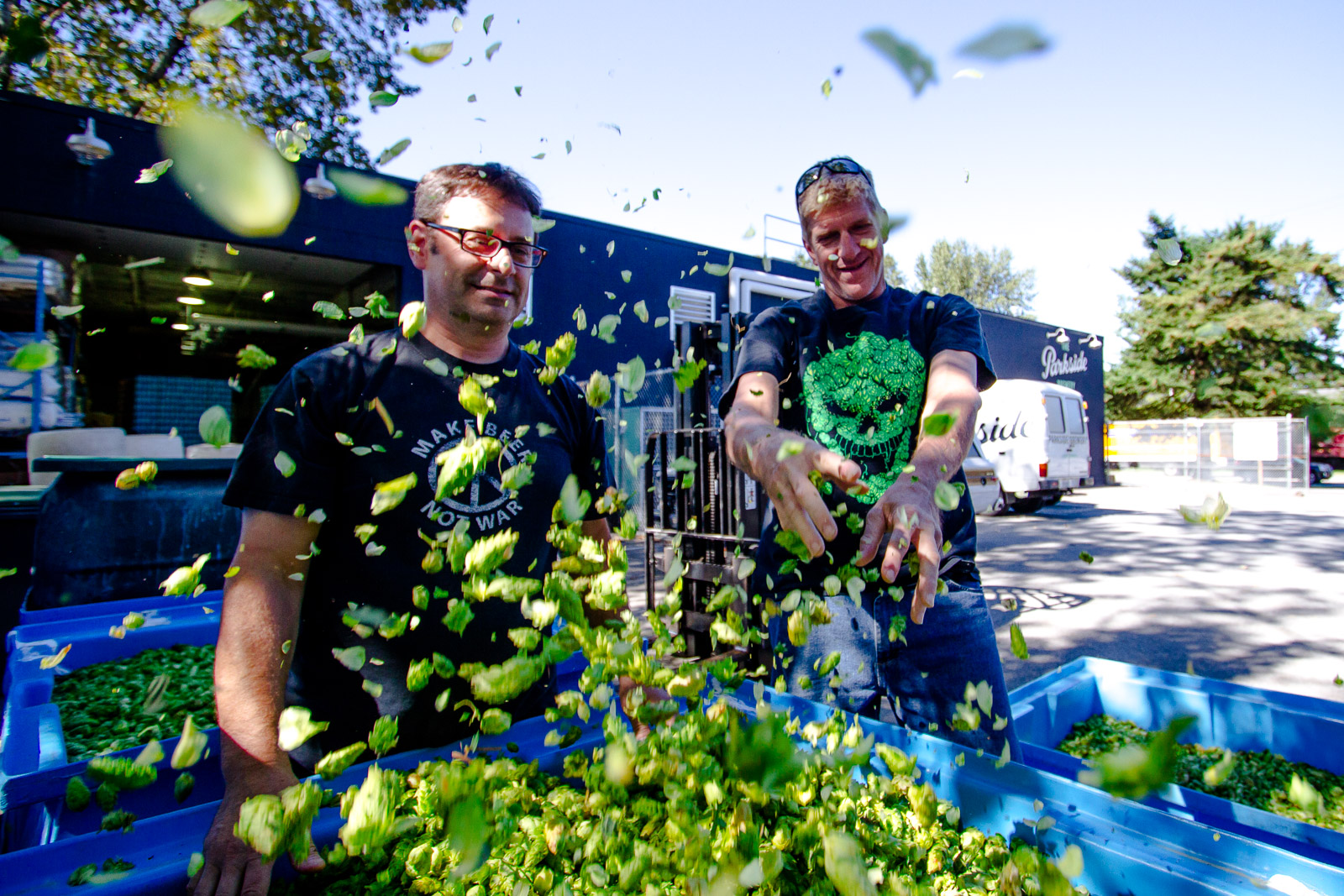 Well, it’s that time of year again! Hops were harvested a few weeks back and breweries have been rushing to bring you this year’s batches of the freshest hop juice around. There’s only a few out so far, but I’ve seen Driftwood Brewery’s Sartori Harvest IPA, Yellow Dog Brewing’s Alpha Dog pale ale as well as their brand new New Tricks hazy IPA, plus Neighbourhood Brewing’s Freshie Fresh Fresh IPA.

Hopefully we will see some more out soon, because the window of opportunity is very small before the pumpkin beers start to take up shelf space.

I was just reflecting that three or four years ago fresh hop beers were all the rage. If a batch of Sartori Harvest hit a store, you would have to be there while it was being taken off the truck and would have to fight to grab a couple of bottles while people were trying to check out with cases on a dolly. Now you can go into liquor stores a month later and see tons of fresh hop beers just sitting warm on shelves, looking sad.

I went down to Seattle last year for fresh hop season and it was like going back in time, every brewery had multiple fresh hop offerings on tap and we went to a huge fresh hop festival, where everyone was super stoked to try all the new beers.

I miss that feeling of excitement.

Seyed-Ali, who is originally from the Middle East, began working for the brewery on Feb. 19, 2018 on a seven-month contract and, according to the complainant, was “almost immediately” subjected to “abusive and bullying behaviour from a co-worker who allegedly mimicked him “using an accent and slight limp.”

The brewery asked the tribunal to dismiss Seyed-Ali’s complaint without a hearing, arguing it had no reasonable prospect of success and “it would not further the Code’s purposes to continue because the issue has already been remedied.” This application has been denied and the tribunal is now moving forward with a hearing.

Down in the US, Skymint marijuana dispensary in Michigan has joined forces with Short’s Brewing Company for a series of beer-flavored pot gummies. Each pack contains 10 gummies that have 10mg of THC each and they are available in three flavors: Huma Lupa Licious (IPA), Soft Parade (fruit ale), and Starcut (Cider mosa).

First they made cannabis-infused beers and now we get beer-flavoured edibles. Wait, I have an idea, what if we made a beer infused with beer flavoured edibles? That’s like the ultimate hipster juice! As long as it is hazy, of course.

A startup in the UK has released a home brewing system called The Pinter, which has been dubbed the Nespresso for beer. The device allows people to make up to 10 pints of beer at home, which the company claims will make it fresher than anything bottled or canned.

The all-in-one system allows you to add prepackaged ingredients and hit a button, then 72 hours later you have 10 pints of beer or cider ready to go. Styles available include IPA, APA, lager, dark fruit cider, and cloudy apple cider.

I’m not sure how I feel about this. I can’t see homebrewers being interested and I can’t see beer nerds wanting to drink the same beer 10 times in a row (especially if it’s not on Untappd), and general consumers really don’t give a damn about the freshness of beer at liquor stores.