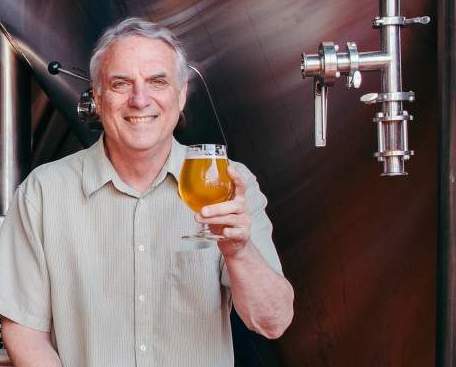 This week, Four Winds Brewing announced that President and Co-Founder, Greg Mills passed away suddenly on May 22. Our thoughts are with his children Adam, Brent, Sean, and Brooke, as well as the whole Four Winds Family.

His contribution to the BC craft brewing scene will not be forgotten and his legacy lives on in the form of one of Canada’s very best craft breweries.

Penticton Approves Drinks in the Park

In last week’s Hopline I mentioned that all seven Penticton breweries, CAMRA South Okanagan, Travel Penticon, and the Penticon Chamber of Commerce had written letters of support to Penticton City Council regarding a proposed public consumption of alcohol pilot programme.

Well, it seems the city council met on Tuesday and approved a one-month trial run of the project, starting on June 3. The pilot has been scaled back somewhat, as the original proposal included six local parks and beaches, but councillors decided to removed SS Sicamous Park and Gyro Park from the list. The modified pilot includes parks and beaches along the Okanagan Lake waterfront from Power Street to Marina Way Park, between noon and 8 p.m.

Lets hope people drink responsibly and engage in social distancing so they extend the pilot!

… But North Vancouver Beat Them To It

In related news, the City of North Vancouver passed a bylaw on Monday to allow drinking alcohol in certain public places, including parks. They actually slightly beat Penticton to the claim of being the first in B.C. to pass such a bylaw.

The mayor is quoted as saying, “if you treat adults like adults, they’ll behave that way.” The cities of Vancouver and Victoria should take note!

As a follow-up to last week’s story on the second annual JAK’s Gives Back fundraiser, the liquor store chain announced this week that they raised a massive $25,137.30, breaking their previous record of $20,000.

The money will be donated to food banks across B.C., including nearly $9,000 to the Greater Vancouver Food Bank.

In other fundraiser news, Main Street Brewing has released a new lager called Helping Hand to benefit their staff. All proceed from the sale of the beer will go towards the purchase of grocery gift cards from Fresh St. Market for the staff at Main St. and their related restaurants Portland Craft, El Camino’s, The Union, and The Cascade Room.