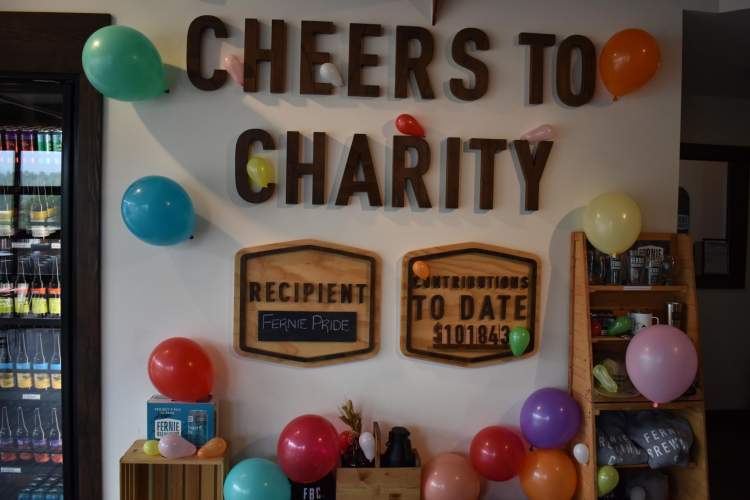 Since December 2013 Fernie Brewing has been running their “Cheers to Charity!” donation programme as a way to give back to their local community. Since launch, they have raised a total of $150,000 for local charities, groups, and clubs.

They used to accept donations though beer flight orders in the tasting room, but when COVID-19 hit earlier this year, they stopped doing flights and had to pause the programme.

This week they decided to relaunch it in a slightly altered form. Their tasting room now features a rotating Cheers to Charity tap, to ensure that patrons will be able to support a local cause while enjoying their beer.

The first recipient of donations will be the East Kootenay Foundation for Health (EKFH), who are raising funds for the installation of a new Ultrasound Service at the Elk Valley Hospital. They have a $300,000 goal, with Teck matching donations up to $50,000 until the end of the month.

Phillips Brewing in Victoria has launched a subscription beer delivery service called the Cellar Club. Four times a year, or once per season, they plan to assemble a special box containing an exclusive 4-pack of tall cans, along with a selection of mystery goodies, which you can have delivered to your door anywhere in BC. It’s basically Loot Crate, but for beer.

Subscribers can chose to sign up for one box, two boxes, or all four. The more you subscribe to, the cheaper the price.

Last time I went back to visit my family in the UK we did a little brewery tour of London, because you know, alcoholics gotta alcoholic. We made a stop in at Beavertown and were quite impressed with the beer. They had a small facility with a cool tasting room and beer garden.

Then along came Heineken, who invested $70 million in the brewery and now they’ve built a 129,000 square-foot production site, which will allow them to ramp up production ten fold to 90 million pints (not sure how many barrels that is).

Expect to see their beer all over the world pretty soon! Hopefully the quality doesn’t drop as they scale up, but it usually does.

According to Washington Beer Blog, a clothing company in the US has applied to trademark the word “Beer.” The trademark application is for “bottoms as clothing; Footwear; Headwear; Jackets; Short-sleeved or long-sleeved t-shirts; Shorts; Socks; Sweaters; Sweatpants; Tops as clothing.”

The application was filed on June 21 and published on August 25. The filing allows 30 days from the publication for anyone with a legitimate stake to oppose the application. I can imagine a lot of breweries will have something to say about this one!