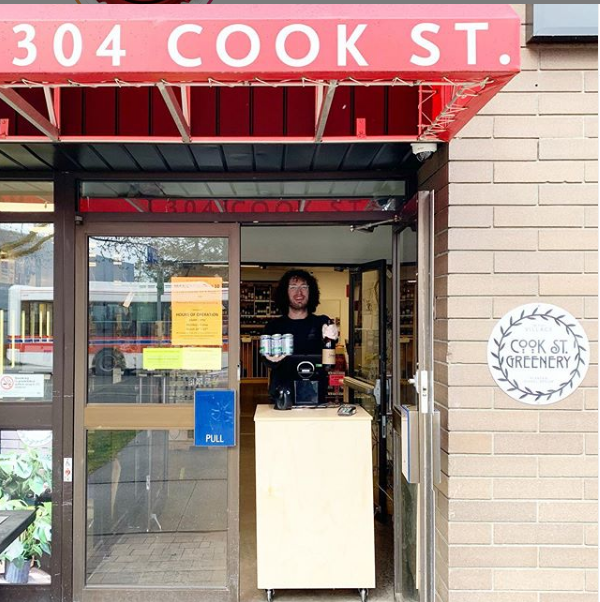 I hope everyone is holding up and starting to settle into the groove of this new temporarily way of life. It seems like the panic buying has started to die down and people are beginning to take social distancing and sheltering in place seriously. I didn’t succumb to the hysteria and run and to bulk buy toilet paper and hand sanitizer, though I will admit that I bought $300 of craft beer last weekend… just in case!

Beer as an Essential Service

We aren’t in full lock-down mode in BC yet, though the situation is changing daily, but Ontario and Quebec have both moved to close all non-essential businesses to help slow the spread of the virus.

Luckily it looks like we should make the cut, as the Ontario and Quebec government has deemed beer, wine, and liquor stores and alcohol producers as essential retail and wholesale.

In fact, this morning BC put out their list of essential services and they define essential retail as: grocery stores, convenience stores, farmers markets and other establishments engaged in the retail sale or provision of food, pet or livestock supply, liquor, cannabis (including producers), and any other household consumer products, such as cleaning and personal care products.

The fact that liquor is considered an essential service is obviously causing a stir online. Seemingly, the reason for the inclusion is that the government doesn’t want alcoholics suffering from withdrawal symptoms flooding the hospitals. Huh, that makes me feel great!

Parallel 49 – Not So Filthy, Dirty, After All

Following on from last week’s story of Calgary’s Annex Ale Project producing hand sanitizer, a number of other breweries across the country have started to follow suit. Heck, even Labatt is getting in on the action.

Locally, East Van’s Parallel 49 Brewery is currently mixing up its first batch, which they say will produce 4,000 cans that will be donated to charities, non-profits, and disadvantaged individuals in the community.

Beyond this initial run, they plan to produce bulk product, which will be used to supply essential services such as public transit, first responders, and front-line healthcare workers.

Penticton’s Bad Tattoo Brewing has announced that they’re shutting down beer operations and focussing on sanitizer completely. Hats off to all BC breweries that choose to fight the virus on the frontlines.

Well, the timing may be less than ideal, but Kelowna’s newest brewery opened their doors this week. Obviously they aren’t going to hold a grand opening gala with all of the gathering restrictions in place currently, but they are serving take out pizza and by next week we will have cans of beer to go.

Jackknife Brewing is located at 727 Baillie Ave, next door to Kettle River Brewing.

Beer With Your takeout?

If you are ordering food delivery from your favourite restaurant, the B.C. government has temporarily changed its liquor laws to allow restaurants to deliver liquor products alongside the purchase of a meal.

The change was made in the hopes of encouraging restaurants to re-hire out-of-work servers during the COVID-19 pandemic.

Townsite Brewing to Get an Outdoor Area

The City of Powell River Council has approved an amendment to its zoning bylaw that would allow for an outdoor gathering area adjacent to Townsite Brewing.

Apparently, they plan to convert the vacant lot beside the brewery into a licensed picnic area. Where I’m from we call that a beer garden! There’s no mention of when they aim to have the project completed, but I imagine it won’t be until all of this chaos is over with.