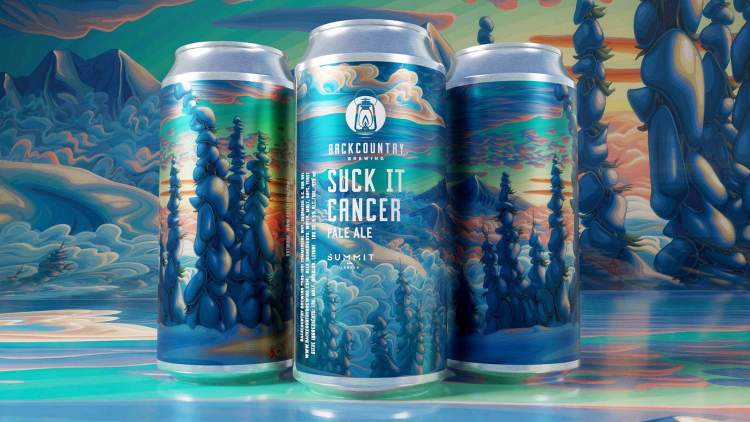 We are only a week into 2020 and there’s already lots to talk about, so let’s jump on in!

Backcountry Tells Cancer to Suck it!

CTV News reports that Backcountry Brewing in Squamish has managed to raise $11,000 for the BC Cancer Foundation from sales of their Suck It Cancer pale ale.

The beer was originally released as Suck it Trebek in late 2018, when it won gold at the BC Beer Awards, then after Alex Trebek was diagnosed with stage 4 pancreatic cancer they decided to re-brand it to Suck it Cancer, with the aim of donating $5000 to cancer research. They more than doubled this original goal. Amazing work, guys!

In Island news, CBC News reports that Lazo Barrel Collective, a Comox-based home brewing project has been winning brewing awards across the nation. Last October, they picked up second and third place finishes at the Pro/Am Brew Challenge in Winnipeg, then in November they got Best of Show at the Saskatoon Headhunters Brewing Competition, beating out more than 300 entries from across Canada.

Apparently, they are producing lots of barrel-aged mixed fermentation ales. That sounds right up my alley! Hmm, I wonder what it would take to get a few samples down to Victoria…

In National news, The Financial Times has published a piece on how Canadians appear to be drinking less beer, because they are smoking more pot. In the article, they claim that domestic beer volumes slid 3.9 per cent through November, while imported beer volumes grew 1.4 per cent. They go on to quote analyst Vivien Azer, who claims that “cannabis consumers appear to prefer mainstream beer as they pursue better ‘buzz for your buck’.”

While I think it’s way too early to judge the affects of cannabis on beer sales so soon after legalization, that last quote piqued my interest. They don’t include craft sales in those figures, but I have a feeling it would fall more into the import beer category, as people tend to seek out craft for the quality rather than just the buzz. Thoughts?

Predictions for 2020 and beyond

I threw out a few quick predictions for the year in last week’s newsletter, but over at The Growler, Rob has put together a much more extensive piece on his forecast for the year. Ale/Sessions has also taken a crack at looking into the crystal ball, while Forbes has even put out a piece that looks ahead at the next decade.

I feel like the latter is a little unrealistic. I mean, if you’d told me back in 2010 that by 2020, people would be losing their minds over opaque IPAs that taste like tropical fruit juice, and ultra-sweet stouts that taste like pastries, I’d have looked at you like you’d just told me that the moon is made of cheese.