It all started with Michael Lewis’ first trip to the mountains of Valemount. “This place is amazing, but what does one do for work?” One solution is to create your own job. Rundi, his wife said, “You drink enough beer, why don’t you make it?” This became their long term dream. Full Story >>> 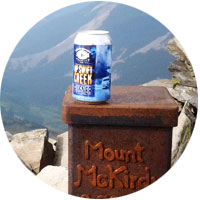 On December 6th, 2013, we christened the taps of vALEmount’s first brewery. That day began the journey that is Three Ranges Brewing Company. It’s all about crafting the beer we love and sharing it with our friends and our soon to be friends. Come for a visit; bring your love or curiosity for beer and an open palette. We’ll do our best to satiate. More Info >>> 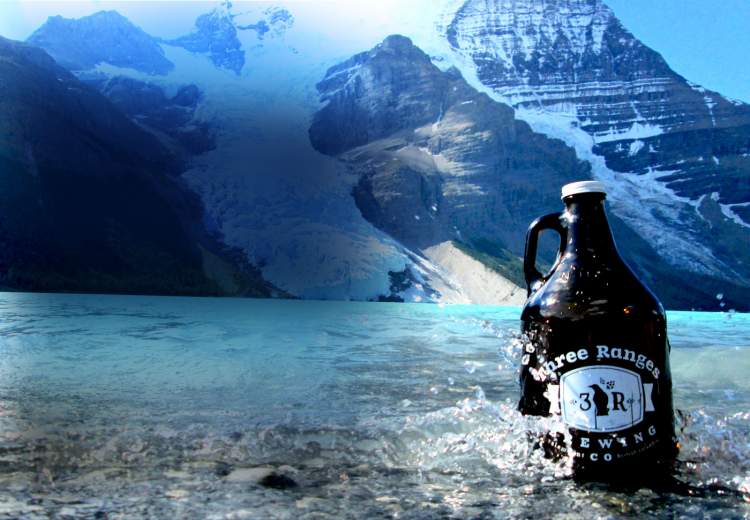 At Three Ranges Brewing Company we brew the beers we like to drink. We use the finest ingredients we can find, sourced as locally as possible, to make the biggest flavour beers we can. Our beers range from light and refreshing to dark and roasty to hoppy and hoppier. It’s easy to find your flavour. Go on a taste exploration or ask our knowledgable server to find your favourite style. Enjoy!

Check Out Our Lineup >>>

It just so happens that more and more people are finding our beer, loving it, and asking for more!  As this phenomenon occurs, we are working hard to make enough to deliver to a location near you.

Keep checking back for updates on where Three Ranges Brewing beverages are available near you!

Here’s Where You Can Find Our Beer >>>

In late 2018, we caught up with the brewery’s owner/founder Michael Lewis to learn what’s new at Three Ranges.

You won First Prize for your Tail Slap IPA at BC Beer Awards 2018. What were you most proud of about that?

I’m most proud of our IPA win, because the North American IPA category is one of the more competitive categories.  For a tiny, mostly-unheard-of brewery from northern BC to win is amazing. It’s a great feeling to get that bit of professional validation that your beers are on par with breweries from around the province.

We just released several new beers into our line-up this year that we call rotators.  They’re regulars, but on an irregular basis.  We’re such a small brewery that we can’t keep more than 5-6 of our beers on the shelf at any given time.

Our seasonal for Winter is always our anniversary ale.  It’s typically the only beer we bottle.  It’s all done by hand, and it’s usually a beer that made from 2-6 months in advance of its December release so that it can properly age for its style.

We’re currently working on our 3’Fer collab series with Iron Road Brewing in Kamloops.  They’re a great group of guys, and in our whole effort to name the beer it’s turned into a 3 part series…but pay attention, there are some crazy details to this madness.

From the Fall 2017 issue of What’s Brewing: Roaming the Beer Frontier in Northern BC

A few hours’ drive northeast of Kamloops on scenic Highway 5, and just an hour west of Jasper, the small community of Valemount nestles in a valley surrounded by three beautiful and majestic mountain peaks. There you will find Three Ranges Brewing, owned by the engaging and hospitable Michael Lewis. A Texan by birth, Michael is also a homebrewer and a retired military helicopter pilot. Asked what brought him to Canada, Michael smiled shyly and replied, “a girl…” Michael and his wife Rundi met while he was stationed in the Pacific Northwest. One thing led to another, and they ended up as co-owners (with Michael, as head brewer) of this beloved little brewery.

BeerSeekers luck was evident again; we were right on time for a rare Friday cask night. The night’s creation was a hibiscus blonde ale, complete with a Hawaiian lei on the cask. It was pink, light, and delicious (the beer, that is. The lei probably was too). The other bit of timing that Friday: it was assistant brewer Clayton Gee’s 50th birthday! We had a great timing hanging out with them and closing the place down.

The Three Ranges tap list includes four mainstays and a number of rotating seasonals, so there is something for every palate. Like many craft breweries, Three Ranges is a huge supporter of the community and believes in giving back, and Michael and Clayton are both former military men. As a result, every week ends with RED Friday (a military abbreviation for Remember Everyone Deployed). All the staff wear red shirts (again, the luck: we both happened to show up wearing red) and the proceeds from the day’s sales of Sacrifice Ale (and the contents of the tip jar, which the brewery matches) go to Communities for Veterans. In June, Michael and Three Ranges presented the first annual VALEmount Craft Beer Experience festival and fundraiser, an amazing success that has raised $25,000 for charity.