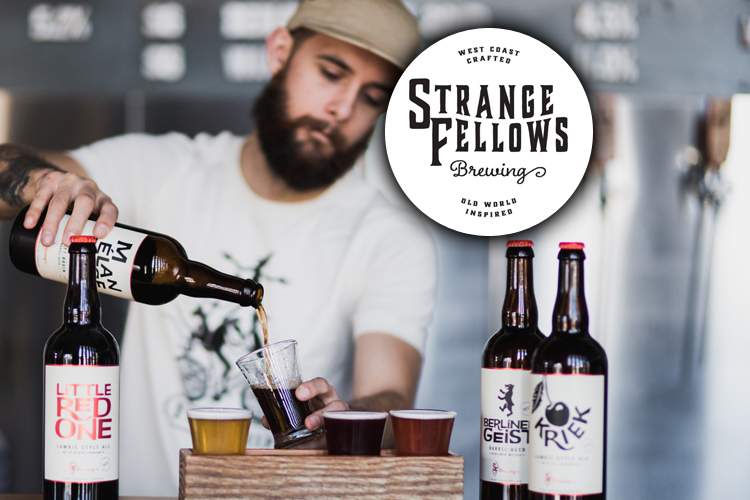 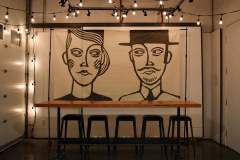 We are an East Vancouver craft brewery inspired by tradition and creativity, and go beyond the ordinary to celebrate that which is strange and extraordinary.

Tucked in alongside the Tasting Room, you will find the Charles Clark Gallery where artists share their unique visions with us on a monthly, rotating basis. We invite you to celebrate with us each month as we observe a different Strange Day, inspired by obscure superstitions and folklore from around the world.

Strange Fellows Brewing is the creation of Iain Hill & Aaron Jonckheere, erstwhile strangers who each dreamed of starting A brewery. When a mutual friend decided they should meet, little did they know this would be the first step they would take toward realizing their common dream.

Iain is a craftsman who takes great interest in life’s details. An award-winning brewer with over 20 years experience, he is compelled to create beer that is unique & rooted in authenticity. As a pioneer of BC’s craft brewing industry, Iain has achieved many firsts , but the need to start his own BREWERY grew stronger over the years. He had always been INSPIRED to have a place where he could create the beer he dreamed of, so when BY chance he met Aaron, he was ready.

Aaron is a daydreamer & wanderer with a keen interest in the TRADITION & CREATIVITY of craft brewing. Exposure to great beer by way of his Belgian heritage, & being a third-generation home brewer himself, provided the desire THAT GOES with starting a brewery. He was just missing a brewing partner to do it with. So Aaron followed his vision to create a place that would make the beer he loved to drink. And on a cold winter day, his path led to Iain.

Iain & Aaron don’t always see eye-to-eye, but BEYOND their differences they do agree on what they want to make: Beer inspired by THE Old World, but brewed right here on the West Coast. Far from ORDINARY, these two strangers have gone from daydreaming to creating the brewery they are proud of. When you drink a glass of Strange Fellows, you are sharing in their commitment TO unique & unapologetic beer, crafted for those who aren’t afraid to stand out in the crowd & CELEBRATE THAT WHICH IS STRANGE.

STRANGE adjective \`stranj\
1. departing from the ordinary, usual or to be expected
2. extraordinary in character, manner, etc
3. not known, seen or experienced before; unique 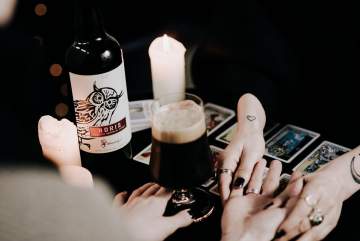 The beer we make is influenced both by old world traditions and West coast ingenuity as well as by seasonal ingredients. Our barrel programme promises unique aged beers, and we have a bit of a thing for sour beer. Open daily for growler fills and gathering with friends, our Tasting Room offers an ever-changing selection of beer as well as tasty locally sourced grub to go with. Behind-the-scenes tours of the brewery are available by appointment only. Please email or call us and we’d be happy to arrange a tour and tasting for your group, big or small.

You can find our beer on tap at many fine drinking establishments and restaurants, and our packaged product in private liquor stores around town.

Check out our beer line-up >>>